SKID ROW Talk Songwriting With New Singer ZP THEART - "It's Not About Execution; It's About Whether The Idea Works Or Not" (Video) 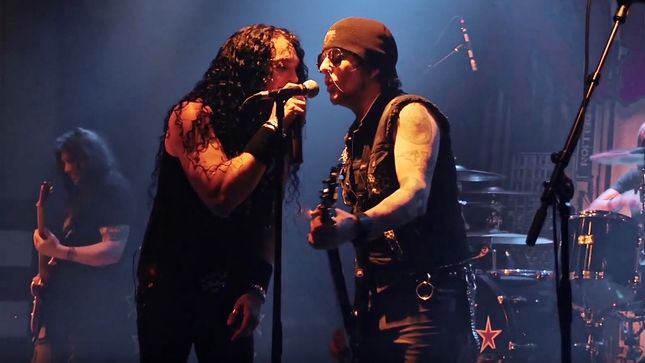 In the clip below, Skid Row guitarist Dave "Snake" Sabo and new singer ZP Theart guest on In the Vault With Shanda Golden, discussing the band's forthcoming album, the third installment of their United World Rebellion, hooking up with producer Michael Wagener again, and Theart joining the band. Check out the interview below.

Skid Row played at Empreinte in Savigny-le-Temple, France on May 23rd. Duke TV has uploaded pro-shot footage of the band performing the tracks "Sweet Little Sister" and "Piece Of Me". Watch below: