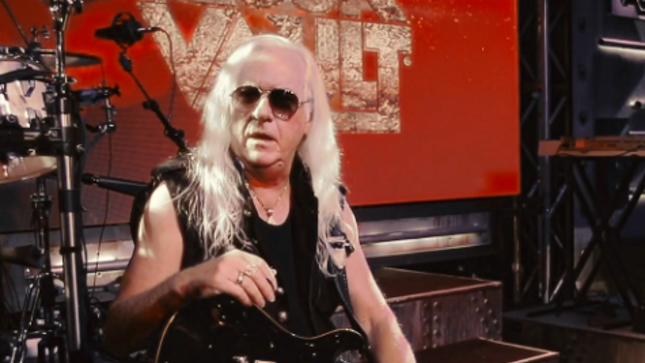 "This new version of De Niro and Pacino’s Heat looks awesome," says Kerns. "Howard Leese, the legendary guitarist from Heart, now with Paul Rodgers and Bad Company. I have been honored to share the stage with Howard with Raiding The Rock Vault for the past few years. Howard is the best. Come hang with us May 20th. Artwork by Scooter Magee."

Howard Leese, Rock and Roll Hall of Fame guitarist from Heart and Bad Company, has been the lead guitarist in Raiding The Rock Vault since the show debuted in 2012. Howard was a key member of Heart from 1976 - 1998 as a guitarist, keyboardist and arranger. One of the big numbers in RTRV is Heart's soaring #1 hit, "Alone" from 1987. In the video below, Howard provides some insight into how his epic guitar solo came together. Lead vocals by Cian Coey.