SLIPKNOT Frontman COREY TAYLOR Weighs In On The Success Of METALLICA's Black Album - "The More Attention They Got, They Felt Less Like Ours" 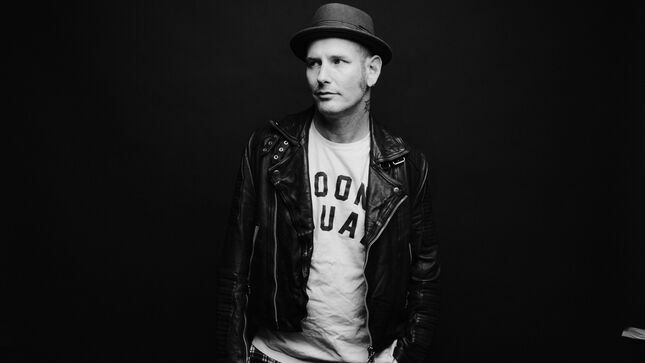 Slipknot / Stone Sour frontman Corey Taylor sat down for an in-depth discussion about Metallica and more with Knotfest's Ryan J. Downey. In the final installment of the interview Taylor talks about his cover of "Holier Than Thou" featured on the Metallica Blacklist, how Miley Cyrus almost spilled the beans early, and the initial shock and enduring impact of the Black Album.

Taylor: "I was so shocked by the Black Album at first. Obviously, I was one of those kids that - I was expecting something more like ...And Justice For All - and I can remember listening to 'Enter Sandman' because it was fucking everywhere. We waited and taped it off of the radio, KGO played it which was the biggest radio station in town, but it was the oldies station, and we couldn't believe they were going to fucking play metal: 'They're going to play Metallica?!'

It has grown on me over the years to the point where I can listen to it now, and I appreciate that album just as much as I appreciate the first four albums. You could see the evolution. And maybe that's maturity because we were young and we were fucking dicks back then: 'This doesn't sound like fucking 'Creeping Death!' It was one of those things where it was different, we didn't know how to feel about different at the time, especially for a band like this. The more attention they got, they felt less like ours, like they were being taken from us, and I think that's why there was such an anti-Metallica thing for a while amongst us as metal fans.

I never turned my back on them but I definitely looked for other things because it didn't seem as special, and specifically ours. But that was just me being a kid. They were one of my favorite bands so I was going to judge them as such."

Check out the previous three installments of the interview here.

Taken from The Metallica Blacklist, a four-hour, 53-song collection of the Black Album covers spanning a vast range of genres, generations, cultures and continents, the clip below is Corey Taylor's rendition of "Holier Than Thou".