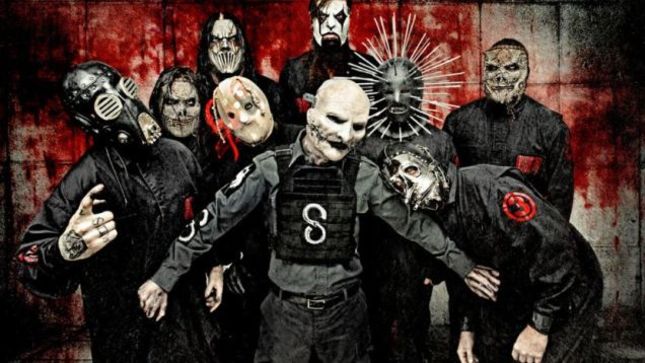 Speaking with Resurrection Fest TV, Slipknot / Stone Sour frontman Corey Taylor revealed that Slipknot is planning on, or at least hoping to have their next studio album out by the summer of 2019, which will also include a world tour.

Taylor: "Right now, the plan is for us to be in the studio early next year, like, first couple of months next year. So, a couple of months to get that going, a couple of months to get production, new masks, new outfits, new everything. And hopefully be able to come and start touring in the summer when the album comes out. We have 20 songs that we've demoed, and they are really, really good. So, it'll just come down to which ones come out the best, and we take that, we make the album out of that, put the album out. However, the way we're talking right now, we're trying to find ways that everyone can hear all the songs. So we'll put the album out, and then maybe we'll release something after that."

In a new interview with Des Moines Register, M. Shawn “Clown” Crahan said the band is planning to reissue their 2008 album All Hope Is Gone.

Clown was at first against the idea of reissues, but changed his stance when gathering material for the reissue.

“I’m in a band and I can’t stand that,” Crahan said of how he once viewed "corporate" anniversary projects. “But now, I’m like ‘wow.’ For instance, I’m working for ‘All Hope Is Gone,’ …and what I’m doing is I’m using the stuff I would’ve never approved.