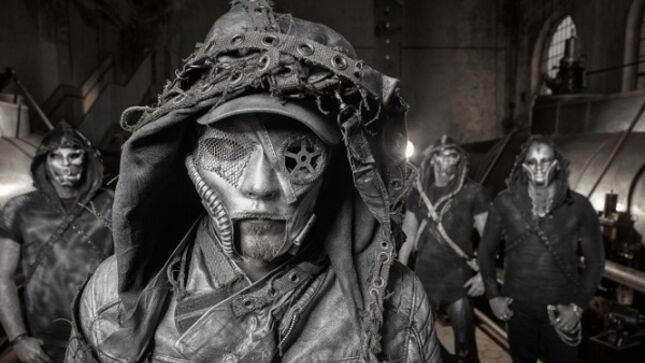 On December 10th, Germany's Stahlmann will release their latest studio album, Quarz, through AFM Records. It is the band`s most varied and sophisticated work to date. With his bandmates Mario Sobotka (guitar) and Dimitrios "Tacki" Gatsios (drums), frontman Martin "Mart" Soer (vocals, programming) has recorded ten powerful and multi-layered songs that skillfully bring the typical Stahlmann style into focus.

Mart: "We’ve deliberately returned to our roots this time to revive the old-school NDH directives of our first three albums. Naturally, these influences have been combined with current, contemporary ideas. The result is a balanced, well-rounded album, catchy but still with all the raw edges Stahlmann is known for."

Quarz is bursting with eloquent lyrics, the underlying meaning of which Martin Soer has deliberately laced with double entendres. He says: "As diverse as our topics are – from the ever-popular sex and eroticism in 'Der Sturm' or 'Willst Du', to the critical evaluation of the glorification of alleged deities in 'Sonnenreich', to our appeal in 'Krähen der Nacht' to boldly keep taking on new challenges, without forgetting your own roots – it’s basically an ironic wink, along with our wish to our fans to not wrack their brains too much over seemingly heavy subjects."

Check out the new single "Wollust" below.