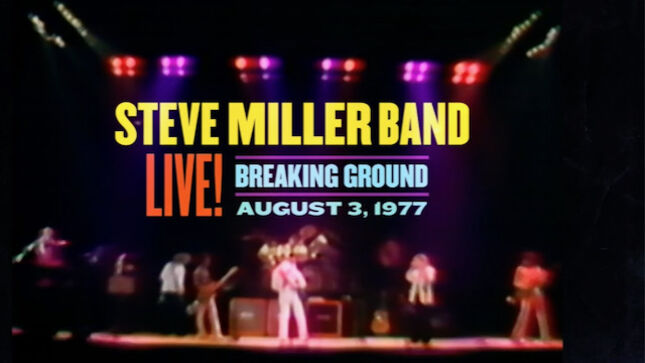 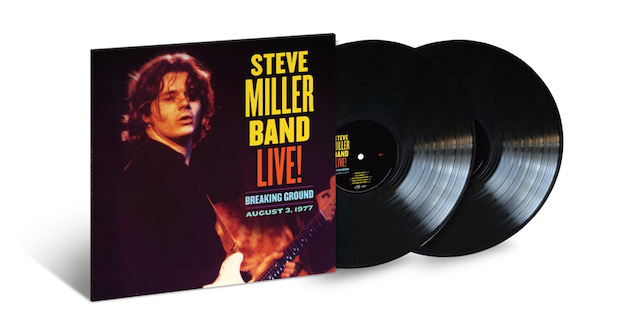 A variety of formats will be available, including digital, CD, and 2xLP black vinyl. The accompanying live concert film featuring the full performance will be available to stream on The Coda Collection on Amazon Prime Video.

Pre-order here, and find a video trailer, and a stream of "Jet Airliner" (Live) below.

Says Miller: “This show from August of 1977 at the Cap Center in Landover, Maryland, captures the band right at the peak after The Joker, and in the middle of Fly Like an Eagle and Book of Dreams, a stream of hits…We decided to call it Breaking Ground because that's exactly what we were doing.”

Steve Miller Band Live! Breaking Ground: August 3, 1977 includes original liner notes by music journalist David Fricke who says, “Breaking Ground captures the Steve Miller Band on stage in one of their biggest years, 1977. They were at a perfect crossroads of psychedelic zeal and progressive, popcraft while staying true to Miller's first love, the blues.”

Steve Miller Band Live! Breaking Ground: August 3, 1977 captures Miller’s legendary 1977 lineup at the beginning of the band’s turn from playing ballrooms and theatres to arenas and football stadiums. Recorded at the Capital Centre in Landover, MD on multi-track tape and newly mixed and mastered by Miller and his veteran audio engineer Kent Hertz.

The Steve Miller Band Greatest Hits 74-78 album is in the top 40 of the best-selling albums of all time according to the RIAA. Recent releases for SMB include the 9LP 180-gram vinyl box set, Complete Albums Volume 2 (1977-2011), as well as the 3CD + DVD archival box set, Welcome To The Vault, both available via uDiscover. 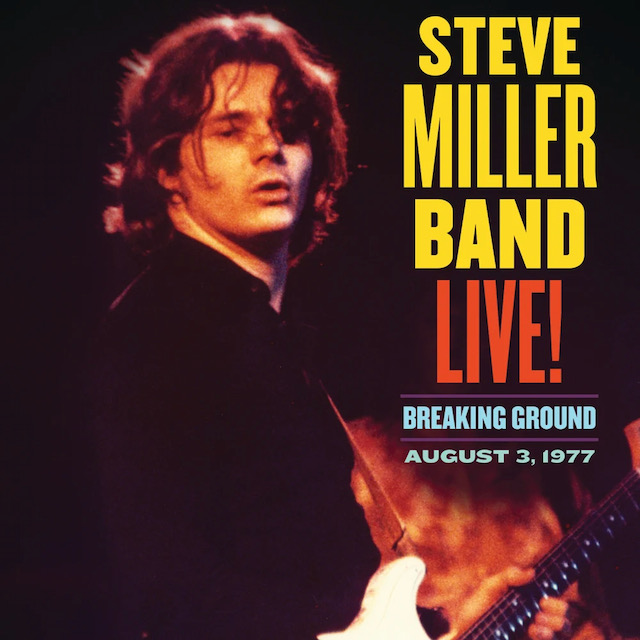