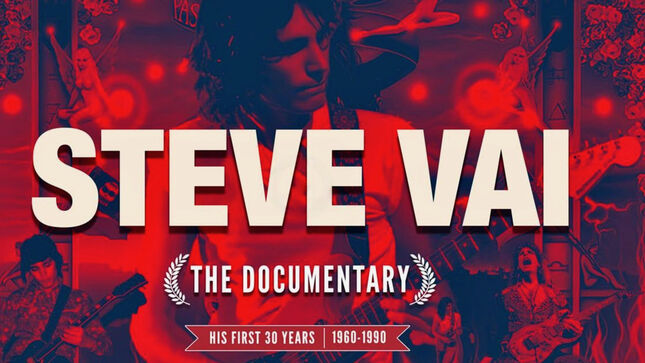 The first documentary covering Steve Vai's life from 1960 to 1990 is now available for streaming below.

The documentary has hundreds of Vai-centric facts and stories that even the most ardent fan will not have known. Complete with a Vai’esque quirky sense of humor, the video covers Vai’s life growing up, attending Berklee College, playing with several artists like Frank Zappa, Alcatrazz, the David Lee Roth band, and Whitesnake, the recording of both his solo albums Flex-Able and Passion And Warfare, plus Vai’s role in the movie Crossroads, and how he helped create the JEM guitar.

Vai previously commented on the film, stating: "Alan Berry (The Tapes Archive) is a filmmaker and has created an informative, quasi-animated, and at times hilarious short film on the first 30 years of my career!"