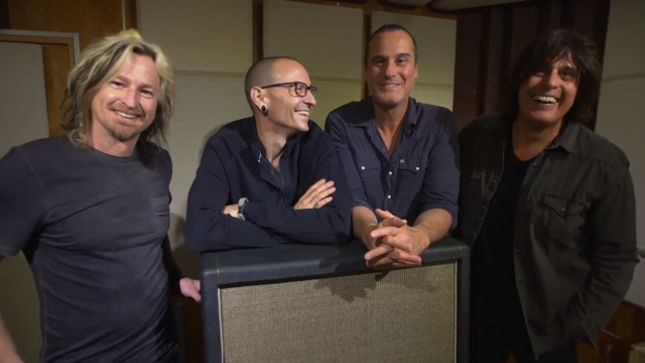 $1 per ticket will be donated to Music For Relief, a nonprofit organization dedicated to disaster relief and environmental protection. Funds raised will support long term Hurricane Sandy recovery in New Jersey including housing assistance and home repairs, mental health and social services as well as tree planting.

The new lineup of the band featuring Dean DeLeo, Robert DeLeo, Eric Kretz and Chester Bennington, was revealed in May 2013 at KROQ’s annual Weenie Roast. Their debut single “Out Of Time” reached #1 on both the Active and Mainstream Rock charts.

The band is currently in the studio working on new music. Check out a video message below.