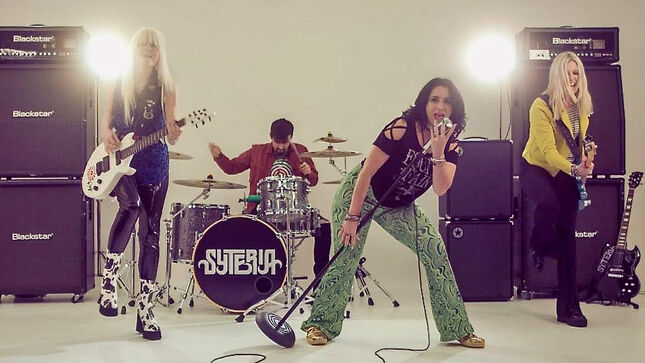 "It Hit Me", the band's first new music since 2020s album Reflection, sees them continue to use their mix of modern pop punk energy and anthemic contemporary rock choruses to great effect. Upbeat and uptempo, the track and new video featuring the bands new styling can be found below.

Syteria also hit London, UK on Saturday, May 28 for their only 2022 show in the capital city, the venue the iconic Cart and Horses which is renowned as the birthplace of Iron Maiden. Support comes from fast rising NWOCR band Motor Raider.