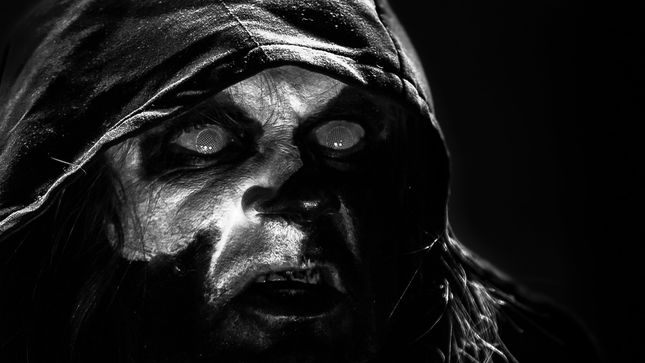 Norwegian black metallers Taake will continue to celebrate their 25th Anniversary with a European tour in October of this year, which will consist of a total of 17 shows and will feature material from all of the band's albums. Taake will be accompanied by Dark Essence Records label-mates Orkan and Slegest, along with Bölzer and One Tail One Head. 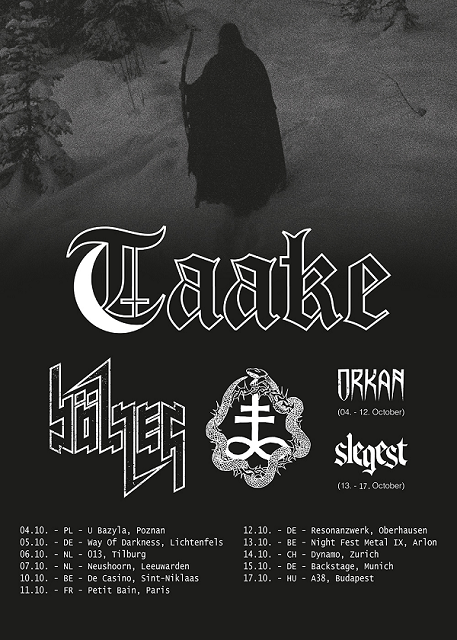 The routing of eleven out of the 17 shows are as follows, whilst the remaining shows will be announced at a later date:

Having kicked off their  25th Anniversary celebrations with a show in the band's home town of Bergen,  Taake's  iconic frontman and founder , Hoest,  has, over the years, honed the band's trademark "Helnorsk Svartmetall " sound  to perfection.  For a quarter of a century Hoest has always remained true to the spirit of Norwegian black metal, both in the studio and on the stage, and has never allowed  the icy, dangerous edge, much beloved by black metal fans, to stagnate, keeping it fresh with surprising twists and turns.

Hoest's  powerful presence, which dominates any stage on which he sets foot, coupled with a live lineup of experienced and highly skilled musicians, and an  extensive back catalogue to draw from, has always ensured that  Taake's performances are an experience that is guaranteed to enthral.

Aside from the upcoming European tour, Taake will be making a number of Festival and club appearances this year including Stockholm Slaughter in Sweden, Incineration Festival in the UK, Tuska Live in Finland, In Flammen Open Air in Germany, Beyond the Gates in Norway and the Colony Summer Fest in Italy. 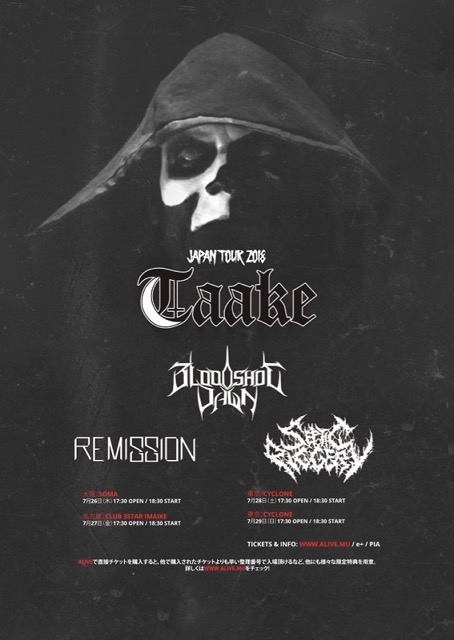 Taake will also be heading for Japan to play a series of dates in July: