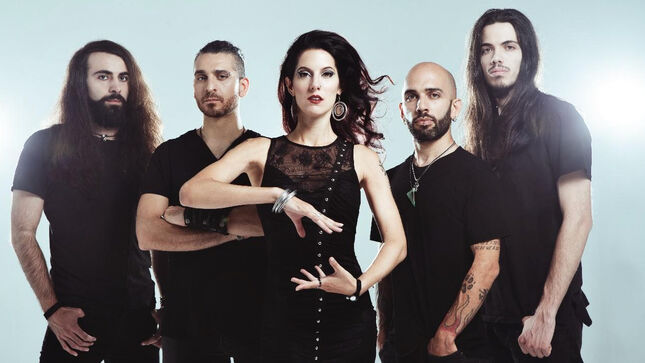 After releasing “Pure Life Unfolds” and “Breaking The Rules Of Metal”, symphonic metal powerhouse, Temperance, reveals their upcoming album’s title track, “Diamanti”. With the third single, the band enters the final round before the eponymous album arrives.

On “Diamanti”, Temperance show off their versatile skillset with a mix of heavy guitar riffs, orchestral strings and the vocal harmonies of its authentic Italian chorus. As a special highlight and to celebrate their new album, the band will release this song in five different versions. Besides the Italian original which is out today, the track will come with a chorus in different languages (German, English, Spanish and French) to be available at digital streaming and download platforms on the album release date. Temperance delights the fans with their perfect mixture melodic and symphonic soundscapes. “Diamanti” is yet just another example of the band's ability to create an epic tale for their listeners, accompanied by powerful and energetic vocals.

Michele Guaitoli (vocals, piano) on the new single: “We’ve always thought that diamonds are the purest gems in this world. They’re indestructible and their value is huge. There’s something else that is that pure, that can’t be bent or broken and with an extremely huge value: hope. The diamonds that are raining in this beautiful song are hopes for a better world, hopes for our dreams to come true, hopes for peace and joy. And since hopes are timeless and have no borders, we wanted to make this song flow through many languages. We wanted to use the language of music, which I represent in the video, the language of nature, which Marco represents in the video, the language of arts and beauty, which Alessia represents in the video… and we wanted everyone to understand the meaning of this song, even those who cannot listen to it, but who can use their eyes to read the message. Hopes are forever, hopes are for everyone.”

Diamanti, out this Friday (November 19) via Napalm Records, will be available in the following formats: