TENACIOUS D Have A New Album In The Works; Duo Await ROBERT PLANT's Blessing For Next Medley; Video 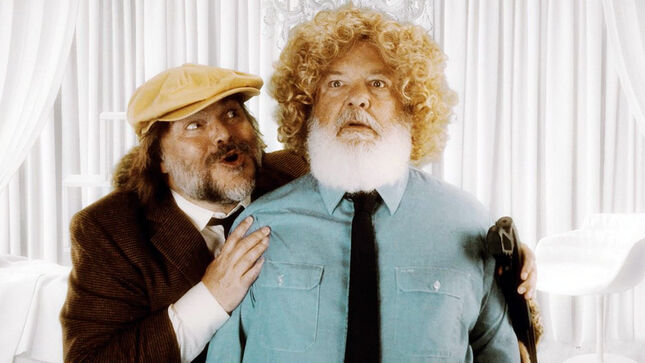 Tenacious D's Jack Black & Kyle Gass were guests on Audacy Check In with host Carlota, to talk about The Who Medley, their latest covers-for-charity project.

The rock duo shared they're waiting on Robert Plant’s blessing for the next medley, and have another album in the works, going on writers' retreats to work on it. "But we're gonna need a couple more retreats, we're gonna go up to Big Sur because that's a power spot. I think we're gonna go to all the power spots on the planet where the chakras are most enhanced... whatever it takes," says Black.

They also shared how life on the road is hard on their bodies...

"Did you get on the scale? See, we always weigh ourselves right before we go on tour, and then we weigh ourselves after the tour is over and so far we've always gained weight. We've never lost weight on tour, maybe one time we stayed the same I don't know... I was pleasantly surprised. I only gained three pounds... I was definitely eating whatever I wanted out there, so I thought it was gonna be worse, but I started off pretty damn heavy." - Black

At the end of the interview, Black talked about what a theoretical sequel to his 2001 rom-com with Gwyneth Paltrow, Shallow Hal, might look like, flipping the script in Shallow Gwyn, where she gets hypnotized and thinks he’s Brad Pitt... "but really, I'm Jack Black".