Thanks. And Sorry: The CHUCK MOSLEY Movie Announced 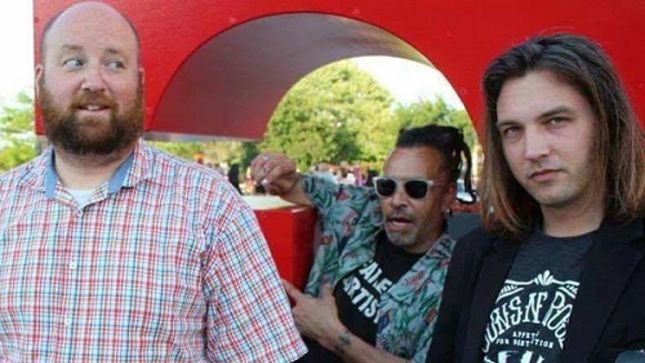 Director and musician Drew Fortier has announced his latest film project, a documentary about the late Faith No More / Bad Brains / Cement / Primitive Race vocalist Chuck Mosley. The film was initially conceived as a narrative on the legendary singer and musician's then burgeoning comeback, and Chuck originally agreed to the project through a typically irreverent voicemail.

A little background on this voicemail, which can be heard below. "It was one of the last voicemails I (Drew) ever received from Chuck, confirming the documentary we planned to do on him before he passed. We have the blessing from his family and loved ones to carry on with this wish. As for the weird voice: While on tour with him, we all would constantly crack each other up by saying almost everything like the Batman villain Bane. We would soundcheck as Bane, order food as Bane and even do karaoke as Bane. It started with Doug (Esper - percussionist, producer) and rubbed off on all of us. It was hysterical. Since then, whenever Chuck would call me, we’d each answer the phone as Bane. He is missed and loved very much."

“I've decided to go ahead with the video," said Mosley in his best Bane impression. "I mean, not the video, but the documentary on this one, Chuck Mosley. He seems like a pretty expansive and explosive character. I think he would be perfect for the part of himself…”

Drew Fortier (Bang Tango, Zen From Mars) will return to a familiar spot behind the camera in 2018 to direct Thanks. And Sorry: The Chuck Mosley Movie.

While playing a handful of shows on guitar for Chuck Mosley (Faith No More, Bad Brains, Indoria, Primitive Race) in 2017, Drew and Chuck discussed the framework of a documentary about the singer / songwriter’s life and his re-emergence on the scene.

“I am incredibly excited to tell Chuck’s story,” said Drew, who also directed 2015’s Attack Of Life: The Bang Tango Movie. “I believe everyone will be able to get something positive out of the finished project of what will be Chuck’s film.”