The Effect Of Cryptomusic On The Music Industry 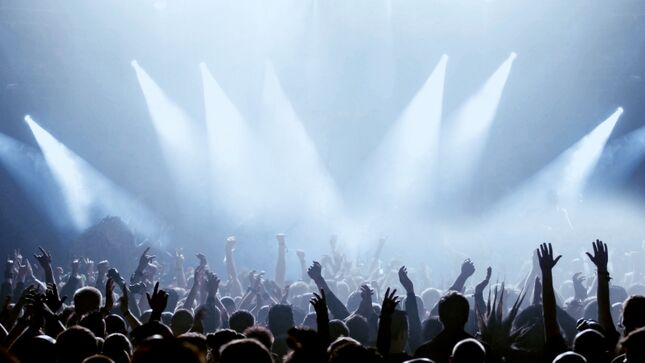 Cryptocurrency and blockchain technology is changing the way we see, appreciate, and own art. From visual art to audio, blockchain technology – and by extension, non-Fungible tokens (NFTs) – are revolutionizing art. NFT music, or what most like to call crypto music, is not new in the cryptocurrency space. But not until last year did Tokenized music start gaining the right type of media traction it deserves.

It was in 2020 that crypto music kick-off. And not without the help of exchange platforms such as Redot.com.

Before we delve into crypto music and how the blockchain music industry is changing how we see music and own music, it is important to highlight the pioneers of music and cryptocurrency. The people whose work helped pave the path for blockchain music and its acceptance all over the world.

50 Cent was one of the first big musicians to accept bitcoin for his music, accepting bitcoin as payment for his 2014 album, ANIMAL AMBITION. The album, which was worth $400,000 is now worth $7.7million in Bitcoin currency today.

Other musicians such as Bjork, who partnered with AudioCoin in the release of her album UTOPIA, Maria Carey, Lana Del Ray have also joined the cryptocurrency music craze. Well, it was not a craze; it was a revolution that has helped music recording artists do more with their music.

However, crypto music is far more than just accepting cryptocurrency – or exchanging these currencies on exchanges such as It was in 2020 that crypto music kick-off. And not without the help of exchange platforms such as Redot as payments for music.

What Is Crypto Music?

Cryptomusic is a unique audio collectable, usually music (it can be a single track or an album), that is represented on a blockchain in the form of a token. Cryptomusic is unique because whoever owns the music token is the original owner, the right to that piece of music can’t be taken away. Each audio token also comes with its specific artwork, making whoever owns the music or album the original owner.

Cryptomusic is similar to NFT.

While most people know NFTs as visual arts, Cryptomusic is the audio version of NFT.
However, tokenized music comes with audio and artwork, two-dimensional art. While the normal NFT is only visual art, NFT music is a fusion of audio and art. So, for each audio token, there is an attached art where the code is inscribed.

As blockchain technology improves how we do business on the internet, it also helps in art’s appreciation and ownership. NFTs, also called non-fungible tokens, are cryptographic tokens that are coded to give original ownership status to people who buy the art. The digital content – visual arts or music – are encrypted with special code and recorded on a music blockchain. So, whenever anyone buys that piece of art, they become the original owners of the art. The encrypted code is only available to them.

Because NFTs are non-fungible tokens, they can’t be exchanged for another artwork. One NFT is unique, and so can’t be used as a medium of payment in the same way bitcoin or Ethereum is used as currency for payment.

To better understand what NFTs are, see them as game cards collectables. Each game card collected is unique.

How Audio NFTs Are Changing the Music Industry

The blockchain music industry is a breath of fresh air to an industry that has become too stiffened financially, especially for the artists. The recent pandemic and subsequent lockdown and travel restrictions hit the music industry hard. But with NFT in the music space, challenges such as cancelled music tours and live performances are solved.

How did the lockdown affect artists?

The plethora of bottlenecks involved in the production, sale and distribution of music has made it increasingly hard for artists to make money directly from their art. 75% of artists' financial rewards often come from the music tours they do. So, since there were no tours due to the pandemic, artists suffered financially.

Blockchain music is revolutionizing the music industry in the following ways:

1.     Eliminate Middlemen: Several agents are involved in the distribution and sale of music. Agents range from those involved in promotion, distribution, tickets sale etc. These agents short-circuit the financial rewards they get from their art. But with blockchain music, all of these agents are cut out because artists can now sell their music to their fans directly.

2.     Increased Royalties via Resales: Artists are often short-changed from their art’s royalties due to unfair deals they signed with streaming platforms. But with NFTs, artists can incorporate royalties’ packages into their music. When people who’ve bought the audio NFT originally from them decide to sell the music to another person, the artist gets some percentage from the sale. This way, as the original music moves from one hand to another, most times at higher prices, the artist gets royalties off these sales.

3.     Live Show Ticket scalping is cut out completely: Selling tickets at exorbitant prices, usually at percentages higher than the price the artist wants the tickets to be sold for. NFT music allows artists and their management team to sell these tickets directly to fans, and the buyer's identity is recorded on the blockchain. The authenticity of the sold tickets makes reselling tickets impossible, thereby allowing fans to have closer interaction with their favourite artists.

4.     Piracy is Reduced immensely: The invention of streaming platforms and websites have increased piracy levels in the music industry. With NFT music, music pirates can’t steal music because the original audio will be coded and the owner’s identity stored on the blockchain.

*        Artists sell only original music to people.
*        An artwork accompanies the audio file.
*        If artists want, they can include a code that allows them to receive royalties every time their music is resold.

*       Payment for music is by cryptocurrency.

The Cryptomusic industry is fast gaining traction among music recording artists. The lure of NFT Music for many artists and record labels is the democratization of their art, which allows more people to reach their art as well as artists getting properly paid for their music. However, the NFT space is mostly inhabited by rich people, people who can afford these arts.

If democratization of music is what artists are gunning for, the high prices of these audio NFTs shut everyday fans out, thereby making music an elitist art.

It is awesome that cryptomusic is giving artists more power, but the people who consume music; the fans of the artists, many of whom can’t pay for the premium prices of these works, are left out of the fun.

Moving forward, artists and blockchain developers need to find a way to make the cost of cryptomusic more affordable. They can do that by reducing the gas fees required to mint NFTs. Reducing the minting costs will drastically help in reducing the prices of the music NFTs.