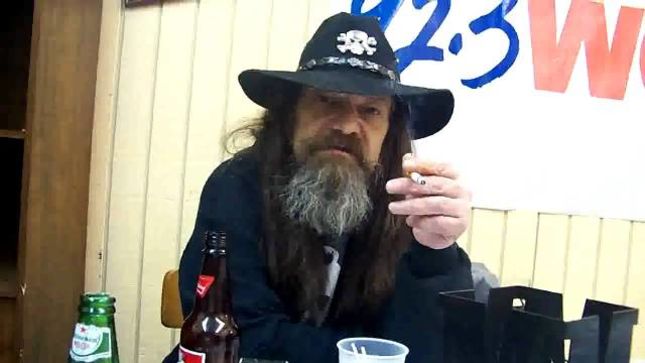 According to Classic Rock, Eric Moore, frontman for cult Ohio biker band The Godz, has died at the age of 67. Management released the following statement:

"Eric Moore, the lead singer of the hard rock band The Godz passes away after a long battle with bladder cancer.

It is with great sadness and heavy heart that John Gard Management and FnA Records announce the passing of a true rock-n-roll legend, Eric Moore of The Godz. Eric has been battling bladder cancer for many years. The official date of Eric’s passing was on May 17, 2019 in the early hours of the day – just after midnight. Eric was 67 years old.

Eric was known by his legions of fans as a beer-drinking, pistol carrying, blue collar rock-n-roller and the leader of the Godz fans worldwide known The Machines. Eric Moore was the lead singer of The Godz here on earth and he has now embarked on a triumphant return to the one and only God in heaven. Eric will be sorely missed.”

On March 18th, 2014, Eric Moore released a box set titled Godzology on Gard Dog Records. The boxset contains the first two releases of The Godz, and Nothing Is Sacred, in all new remastered forms and also has support shows included: Live from Laredo Texas 1978 and The Agora in Cleveland Ohio from 1979. Also included in the set is a bonus DVD. It is limited to 500 copies.