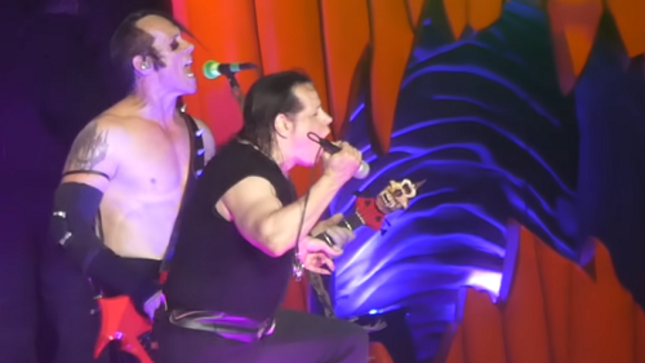 After closing out 2017 with two unforgettable shows in Las Vegas and Los Angeles, The Original Misfits finally made their triumphant return to where it all began over 30 years ago in New Jersey.

This past Saturday, May 19th, Glenn Danzig, Jerry Only and Doyle Wolfgang Von Frankenstein​ - along with drummer Dave Lombardo (Slayer, Suicidal Tendencies) and second guitarist Acey Slade (Murderdolls, Joan Jett) - laid waste to the Prudential Center in Newark, NJ. Fan-filmed video footage of "Night Of The Living Dead", "Some Kinda Hate", "She", "Violent World", "All Hell Breaks Loose" and "Attitude" can be enjoyed below. 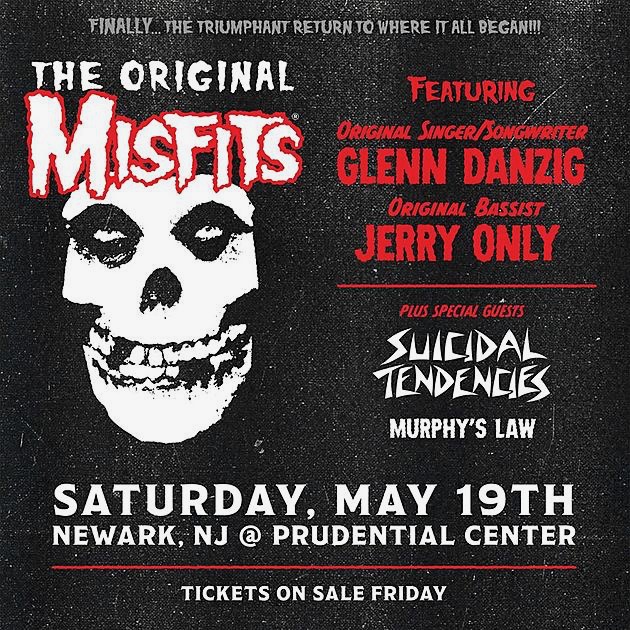