THY ART IS MURDER, THE ACACIA STRAIN, FIT FOR AN AUTOPSY - The Depression Sessions Recording Documentary Video Streaming 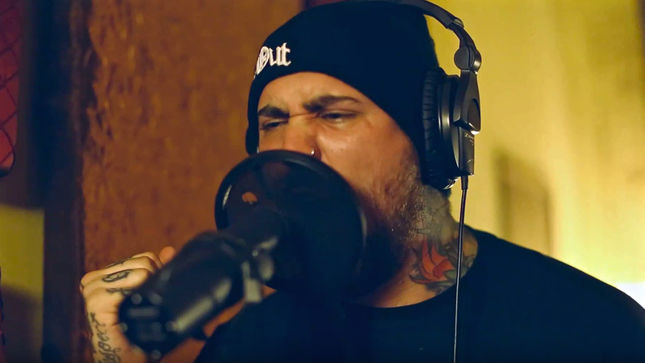 In December 2015, three bands with three different stylistic approaches to aggressive music, but a common outlook on the world, came together to create a collective piece of work - The Depression Sessions. Those three bands were Thy Art Is Murder, The Acacia Strain and Fit For An Autopsy and on August 12th, Nuclear Blast Entertainment released the results of this experience both digitally and on limited edition vinyl.

Today, a documentary chronicling the recording sessions of all three bands was released. View the clip, directed by Bobby Bates, below:

The Depression Sessions was produced, engineered, mixed and mastered by Will Putney. All the bands tracked in December 2015 at Graphic Nature Audio in Belleville, NJ. Cover art was created by Dan Bradley with a layout by Forefathers.

“They Will Know Another” – Thy Art Is Murder: