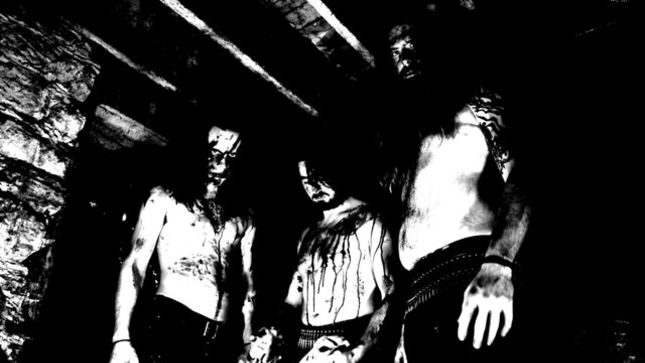 Lexington, KY death metal band, Tombstalker, will release its new LP, Black Crusades, on November 13th via Shadow Kingdom Records. Boasting a sound that has been described as “hammer crushing death crust", the group's music represents "the warrior spirit and evolution through conflict".

Black Crusades was mixed and mastered by Damian Herring (of Horrendous) at Subterranean Watchtower Studios and features retro-futuristic cover art by artist Brandon Moore. The record is the follow up to Tombstalker's 2011 self-titled EP, which was hailed as "an aura of darkness" and "the perfect soundtrack for being dragged to the abyss".

"Warriors! We are proud to announce that we are now in conspiracy with Shadow Kingdom Records," says guitarist / vocalist Conqueror Horus. "This marks an important milestone for us as a band and we are pleased to say that our debut album, Black Crusades will see a CD release this fall with vinyl and cassette formats to follow. This is merely the beginning of a long journey into the chaotic dark realms of Tombstalker. Prepare your souls!"

Black Crusades is available to pre-order now at this location.