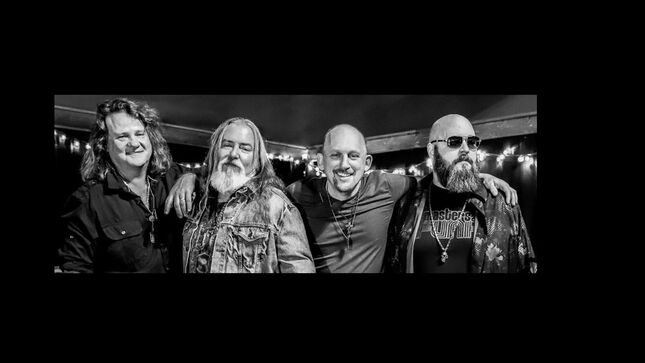 Memphis southern rockers, Fevertree, have released their music video for the new single, "More Than Enough". Watch the clip below.

The track is off Fevertree’s second album, Social Mediocrity, which comes out February 25. The album was engineered by Dan Ward and recorded at The Loft in Memphis, TN. It was mastered by Jeremy Anderson of Anderson Mastering. Pre-order here.

Social Mediocrity is the band’s second release, follow-up to Lessons Learned, which came out in January of 2019. The music video for “More Than Enough” was produced and directed by Kim Allegrezza of The Allegrezza Agency and features live concert images of the band by Ms. Allegrezza, Dan Wireman and Danny Day.

Social Mediocrity is loaded with powerful tracks of finely hand-crafted Southern Rock and Roll. Fevertree once again prove they are the maestros of uniquely soulful and innovative songs. Utilizing the best parts of Rock and Blues, with a hint of Southern flavor, Tim Dills (vocals), John Patterson (drums), Mike Bertoldo (guitar), and Rocko Walls (bass) followed their true calling and evolved into one damn fine nitty-gritty rock n roll band.

Tim Dills spoke about the inspiration for the single, “I think we bitch so much about what we don’t have or how bad things are that we don’t see all the things we have to be grateful and thankful for, that was the inspiration for this song. In the middle of the song the lyrics say ‘The farther that you look ahead the straighter you will go’ comes from a story our engineer Dan Ward told me. He said when he was about 11 his dad was teaching him how to drive and he was swerving all over the road. His dad told him to look as far ahead as he could see, to not look at the road right in front of him. Once he did that he started driving straight. I think most people can relate to that.”

John Patterson on their concept for the “More Than Enough“ video, “What we wanted to accomplish with this video was to give the viewers a feel for a live Fevertree show. The still pictures we used were from our friends, photographers Danny Day and Dan Wireman, who really give the viewer the sense of actually being there as well as rock photographer Kim Allegrezza, who understands how to capture the raw emotion of a show. Kim produced the video for us as well.”