Toronto's ONE IN THE CHAMBER Releases Official Music Video For "Blow"

news one in the chamber hard rock 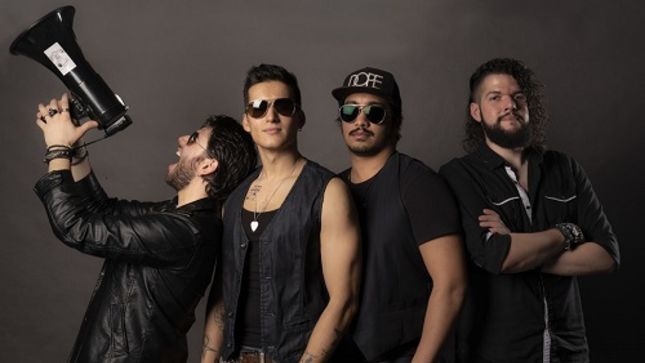 Toronto based rock band One In The Chamber has released the official music video for "Blow". "Blow" sees One In The Chamber return to Toronto's Phase One Studios (Rush, Alice Cooper, The Tragically Hip) with producer Murray Daigle and engineer Mike Smith at the helm.

"When I see a band live, I want to leave feeling like they have left their heart and soul onstage. I want energy, passion, and raw emotion to flow out of every note they play. I want to connect with this band in a way that leaves me with a high, and lingers long after they walked off stage. This is what One In The Chamber gives you every night. This is what “Blow” gives you every second," says One In The Chamber.

The single is the latest release from One In The Chamber, following their 2019 music video for "Itchin' Back" and is their first new track since I’ve Got Something To Say…, their award winning, 2018 debut studio EP. Furthermore, the music video sees the band reunite with Director Diego del Río and Video Producer Kathleen Fobert to deliver a modern, neon haze visual that pairs perfectly with the studio recording.

For further details, visit One In The Chamber on Facebook.