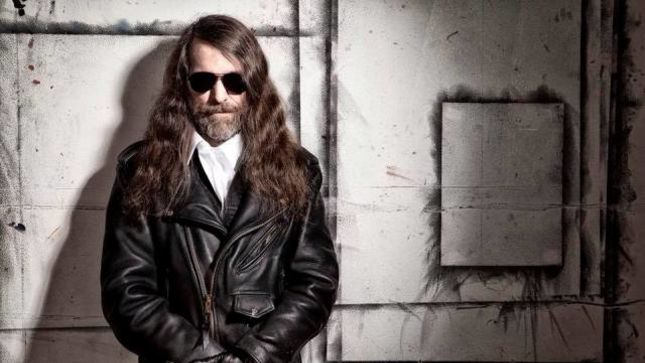 "The entire Trans-Siberian Orchestra family, past and present, is heartbroken to share the devastating news that Paul O’Neill has passed away from chronic illness. He was our friend and our leader -- a truly creative spirit and an altruistic soul. This is a profound and indescribable loss for us all.

We ask that you respect Paul’s family’s privacy now. We will make additional announcements shortly."

Guitarist Chris Caffery, who first worked with O'Neill when he was writing and producing with Savatage before becoming part the Trans-Siberian Orchestra, has posted the following message:

"At 3:00pm today I started writing an email to a friend. I never sent it because I got so busy, but he was so happy and proud of the Metalphant stuff. He wanted me to work with TSO and some children's clothes. For 33 years he was my boss, my friend. I can't stop crying. I lost someone today that words cannot describe..."

The TSO debut album, Christmas Eve And Other Stories was released in 1996 with "Christmas Eve/Sarajevo 12/24" as its cornerstone; the album was certified triple platinum in 2011. It also launched TSO as the touring juggernaut it is today, featuring two companies that tourNorth America every year leading into and during the Christmas holiday season.

"I've always believed that music has the power to transport and transform," O'Neill said in an interview. "The original concept of Trans-Siberian Orchestra was how to make music have the most emotional impact. We always try to write melodies that are so infectious they don't need lyrics and lyrics so poetic that they don’t need a melody, but when you combine the two together they create an alloy where the sum of the parts is greater than the whole. Once those songs are woven together into a tapestry they create a story which gives each song a third dimension."

"That was so much in the spirit of Trans-Siberian Orchestra. This is a group -- a constantly morphing group -- of extremely creative and talented individuals who are always trying to raise the bar of where a band can take its audience sonically, visually and emotionally. With that as our core ideal, the possibilities are endless."