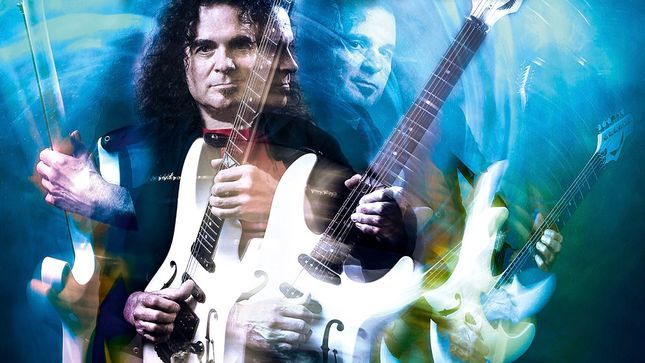 In the latest episodes of Rockin' You All Night, future Rock & Roll Hall of Fame guitarist Vinnie Moore is interviewed at The Pressroom in Phoenix, AZ by Ryan Witting. Vinnie and Ryan talk about Vinnie's current solo album, Soul Shifter. Also, Vinnie discusses the current state of UFO while they are on their Last Orders 50th Anniversary Tour.

Vinnie: "You've got to capitalize on life while you while you're still healthy and doing well, so I just want to keep writing, playing, recording, touring... just doing as much as possible. I never plan to write about a particular thing; it just sort of happens. It's more natural and organic that way. Sometime I don't even know what I'm writing about but I feel a certain mood, get inspired, go with it and write a song. Sometimes a real event like losing someone could inspire a song, but it's never thought out and calculated in advance."

Pre-order the new album via iTunes, or Apple Music.