ULI JON ROTH Discusses The Death Of JIMI HENDRIX - “It Was His Own Doing”; Video 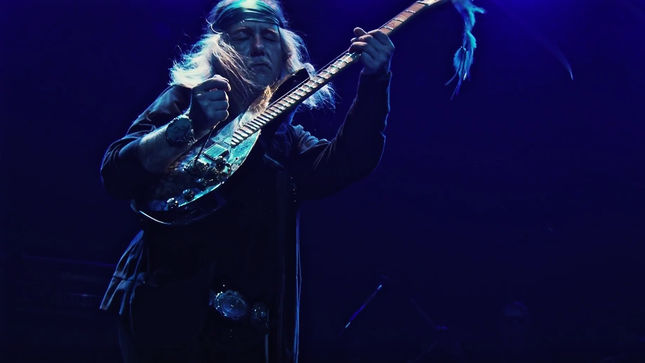 Says Uli: "Hendrix died in the hospital, Monika always told me the truth. Hendrix was just careless, he has so careless with things like that. I guess too much of an artist, he wasn't grown up enough as you are when you are 27 years old. It was his own doing. He had these pills he couldn't sleep, he thought these pills don't work and he just popped too many, then in the end, he couldn't breathe.

“The doctors worked on him for an hour at the hospital and it was too late. And they resuscitated him a couple of times. But self inflicted, I'm sorry. Monika didn't say that but I say that because that is what I gather from the entire circumstances and yes, maybe had he been in a different ambulance with more skilled people around maybe his death would not have happened. In fact probably would not have happened. But back then the ambulance people were not trained in England, they did not have any training, they were almost just drivers.

“I think it was just a chain of unfortunate circumstances. Had he lived I think he would have taken a sabbatical of a year cause he was a little burnt out at the end, he wanted to have a break. Learn how to write and read music. Write for orchestras, larger sections and he would have come back with something very powerful no doubt."