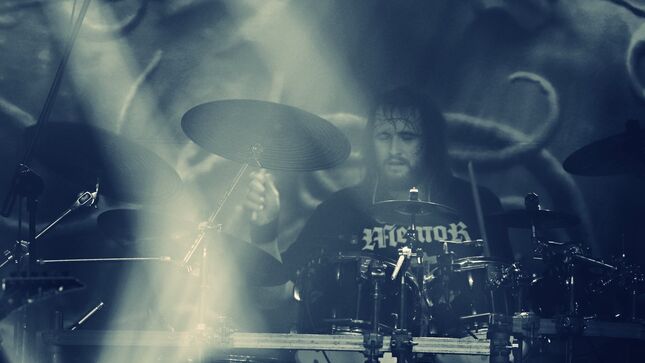 Vader frontman Peter: "Please, let me officially introduce Vader’s new nuclear engine, our new drummer Michal (Michael) Andrzejczyk, who joined the band this year in February at the show in Wroclaw on Awakening of the Tyrants Tour. Michael replaced James Stewart drumming in Vader for last decade. Both drummers were working pretty intense together quite long time before to make a change smooth and well. Michal is a young but already experienced drummer playing in such hordes like Insidius or Varmia before."

A few words from Michał himself: "I am Vader fan since I can remember. This music had  huge influence on me as a drummer. With goose skin I was listening the albums and a Vader show was my very first real one I was watching. After that event I decided to play death metal. To be a part of it now is a dreaming came true indeed. It’s a real honor to me to continue after so great drummers, who were inspiring me as a drummer. It means much work for me but I won’t disappoint the fans, for sure."

Vader recently announced their new tour in Australia and New Zealand for October 2022 with support comes from Polish industrial/groove metallers Thy Disease. It has now been revealed dates in Asia are being planned around the tour down under.

Vader has issued the following announcement:

"We are so excited to share this news with you. Vader is coming to the Far East this October! The tour organized in cooperation between Massive Music, Creative Music and Slamman Booking Asia will visit Indonesia, China, Hong Kong, Vietnam, Singapore, Thailand, Philippines, Taiwan, Japan and South Korea. Thy Disease will share stages with us. Are you ready for some bonecrushing, hellraising Death Metal?" 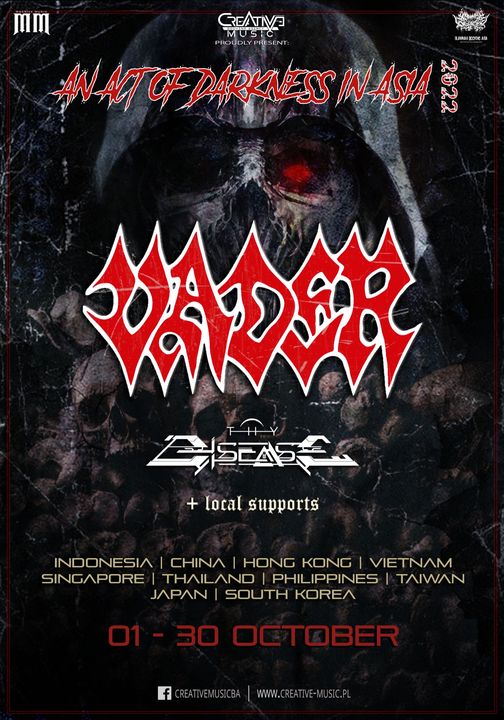 Dates for Australia and New Zealand are as follows: 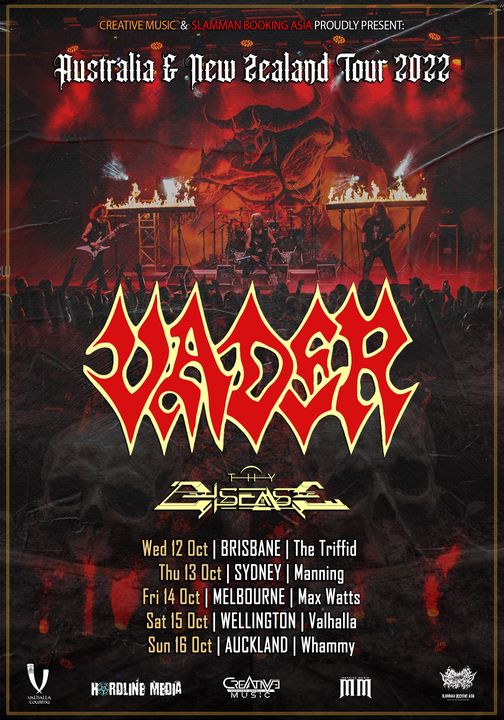