VANILLA FUDGE / CACTUS Bassist TIM BOGERT Passes - "He Introduced A New Level Of Virtuosity Into Rock Bass Playing; No One Played Like Tim" 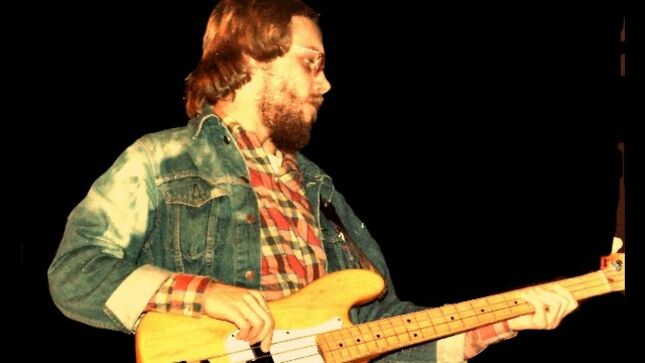 He was like a brother to me. He was my friend for over 50 years.

Tim was a one of a kind bass player. He inspired many, many bass players worldwide. He was as masterful at shredding as he was holding down a groove, and Tim introduced a new level of virtuosity into rock bass playing. No one played like Tim. He created bass solos that drove audiences to a frenzy every time he played one. And he played a different solo every night. He was the last of the legendary 60’s bass players.

Tim was a very intelligent person. So intelligent that we would call him “Spock”. You could ask him anything and he would know something about it.

I loved Tim like a brother. He will be missed very much in my life. I will miss calling him, cracking jokes together, talking music and remembering the great times we had together, and how we created kick-ass music together.

Perhaps the only good thing about knowing someone close to you is suffering a serious illness, is you have an opportunity to tell them that you love them, and why you love them. I did that, a lot. I was touched to hear it said back to me. Nothing was left unsaid between us and I’m grateful for that. I highly recommend it.

Rest in peace, my partner. I love you. See you on the other side"

Bogert was with Vanilla Fudge from 1967 - 1969, recording five albums with the band before they called it quits in 1970. Bogert and Appice went on to form Cactus, and after the second Jeff Beck Group disbanded in 1972 he became a member of the power trio Beck, Bogert & Appice, late in 1972. In early 1999 The Hollywood Rock Walk of Fame recognised Bogert's contribution to rock history.

In early 2014, Bogert joined hard rock band Hollywood Monsters even though he had announced his retirement in 2008. He played on the album Big Trouble - on three tracks - which was released in 2014

Sea Of Tranquility's Pete Pardo has posted a tribute to Bogert. Check it out below. The second clip features Bogert and Appice in action live on stage.