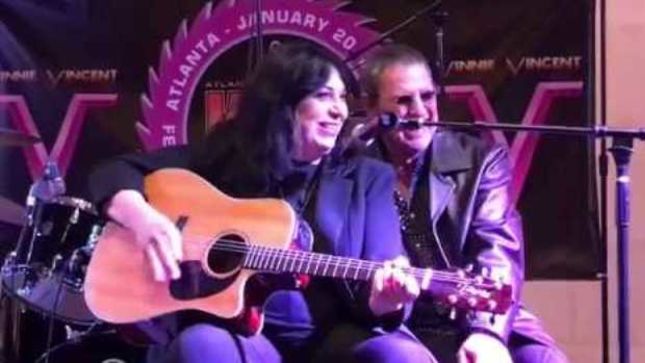 Former KISS guitarist Vinnie Vincent was the featured guest for the Atlanta KISS Expo 2018, taking place this weekend (January 19th - 20th) in Atlanta, GA. Vinnie did in fact go through with his first public appearance in almost 25 years,which can be viewed below.