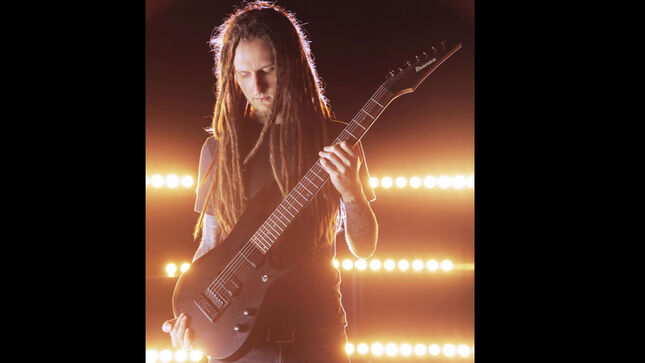 "What would I play if Metallica gave me 30 seconds to audition? That question popped into my mind and I knew I just HAD to make this video!", says Bernth.

Since he uploaded his virtuosic take on the iconic "Creeping Death" guitar solo on YouTube, it went viral in a matter of hours and received hundreds of thousands of views, comments, and shares.

"I had to raise the tempo from 200 to 312 beats per minute to fit the entire solo into 30 seconds - as an additional challenge, I also included more sweep picking arpeggios, double-tapping lines, and other crazy techniques", Bernth says. He has named Metallica as one of the biggest influences to pick up a guitar in multiple interviews and he's happy that the tribute reached so many watchers. "Without a doubt, Kirk is irreplaceable and I have amazing memories learning his solos as a teenager. I hope he gets to see this video someday and that he is proud of his influence on so many players across the world!"

Following in the footsteps of his heroes, the YouTube star also released his debut album, Elevation, in 2021, to much acclaim from his online audience. The instrumental guitar album took four years to finish and embodies the absolute dedication and perfectionism his viewership is already accustomed to.

"Metallica is all about epic riffs and big guitar solos, which also describes what I'm going for with my own music. I'm happy that the album is received so well and I can't wait to release more music in 2022!", says Bernth.

Stream Elevation here. The album, box set, and merch can be purchased here.