W.A.S.P. Concert In Dallas Shut Down By Fire Marshall As Promoter Over Sells Show 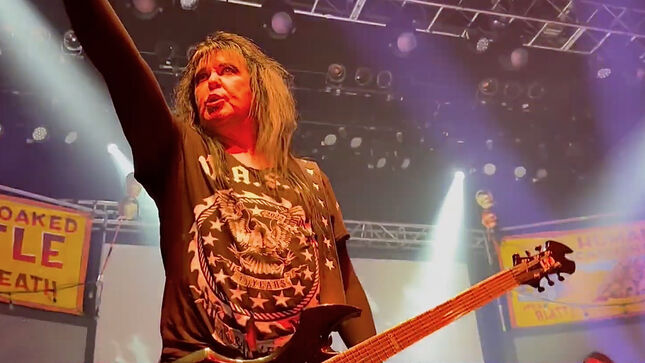 On Saturday, November 5th, W.A.S.P. were scheduled to bring their 40 Years Live World Tour to Amplified Live in Dallas, Texas, with support from The Michael Schenker Group and Armored Saint. Unfortunately, just prior to stage time, the Fire Marshall pulled the plug as the concert promoter had drastically oversold the venue.

An initial statement from W.A.S.P. read: "The Dallas, Texas promotor oversold tickets for the show tonight at Amplified Live. The Fire Marshall showed up and informed the promoter that the show would not happen unless they removed 600 people from the venue. The band deeply regrets the issues brought on by tonight’s promoter. All we could do was sit on the tour bus waiting for the promotor to resolve the over capacity issue with the Fire Marshall."

A subsequent statement, issued a couple of hours later, revealed further details: "After a string of sold out shows, the W.A.S.P. show in Dallas, Texas was shut down Saturday night by the Dallas Fire Department just prior to the the band taking the stage as the almost 2000 seat capacity venue was over sold. According to the Dallas Fire Department the show was over sold by almost 1200 tickets. W.A.S.P. lead singer Blackie Lawless said, 'The Dallas Police Department advised us to leave the venue immediately because they said they could not guarantee our safety.' He went on to say, 'Promoters didn’t think this band could sell tickets in the U.S. anymore, well it goes to show the absolute dedication our fan base has here in the U.S.' No return date has been set for this show, but Blackie said, 'We’ll certainly be back, you can bet on that.' All those in attendance will be issued a full and complete refund."

W.A.S.P. recently kicked off their 40 Years Live World Tour at House Of Blues in Las Vegas, NV. In the video below, the band perform "Chainsaw Charlie (Murders In The New Morgue)", from 1992's The Crimson Idol album.

In addition to meeting Blackie Lawless and getting a personal photo with him, fans will also be able get a photo holding Blackie's original B.C. Rich Widow bass guitar and get a photo standing next to "Elvis\rdblquote  - Blackie's incredibly unique and one of a kind microphone stand.

To purchase your VIP ticket to meet Blackie Lawless visit WASPnation.com/tour and click the ticket link for your desired show. You will purchase the VIP ticket directly from the venue.

Blackie Lawless commented on offering VIP tickets, "For the 40th Anniversary Tour, and for our first time ever, we are offering VIP Meet and Greet tickets for all of you who\rquote ve wanted to have a genuine VIP Experience. I\rquote ll be doing a photo with everyone who participates as well as several other special offerings that will make this a pretty interesting package. But the one thing that will separate our VIP Experience from all others, and honestly the thing I\rquote m looking most forward to is, at the end of the photo and the autograph sessions I want to do a sit down Question and Answer session with all of you there . The only way I've ever wanted to do a VIP Experience is to have real time with all of you, not only to answer whatever questions you\rquote ve been wanting to ask me for however long, but it also gives me the chance to get to know you. Honestly, this was the only way I would agree to do this because I genuinely wanna hear what you have to say. So get ready and get your questions ready, but, be prepared, it\rquote s gonna work both ways, because if you think you wanna get inside my head\'85. then I\rquote m gonna get inside of yours." 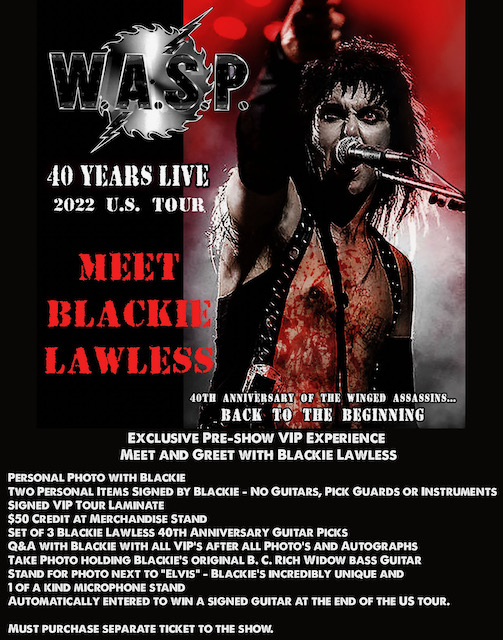 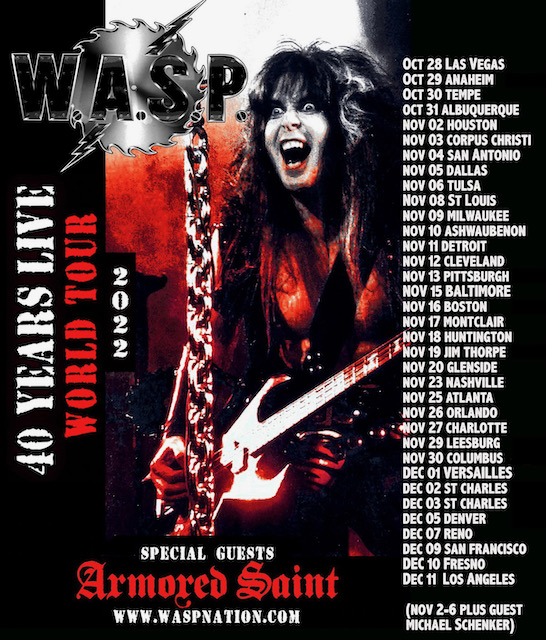 W.A.S.P. shared the video below from the October 28 show in Las Vegas, featuring the opening medley, "On Your Knees / The Flame / The Torture Never Stops / Inside The Electric Circus":