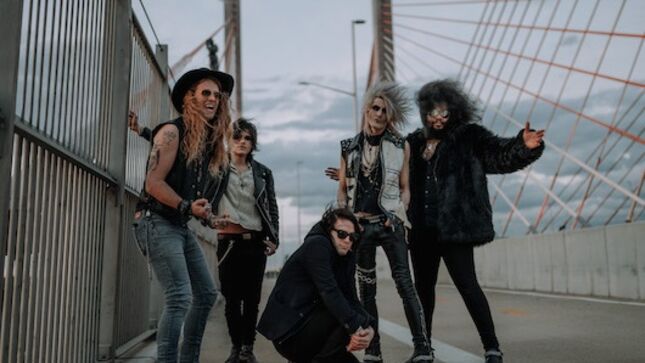 Wildstreet's latest album, III, was released via Golden Robot Records in June. It boasted some incredibly successful singles like "Mother", "Set It Off", "Still Love You" and "Born To Be". III gathered a huge amount of critical acclaim both with fans and press alike, and saw some amazing album reviews.

To follow on from the success of III, Wildstreet have released their cover of The 69 Eyes hit, "Mrs. Sleazy". Check out the official lyric video below.

Wildstreet recorded the song after Jyrki 69 responded to this question on Twitter in 2011: "Which songs and which bands would you want to record covers of your songs?" Never playing the song as a band, they quickly demoed it and recruited drummer Dennis Leeflang (Bumblefoot) to guest on the final track. Wildstreet intended to release the song in December 2012 as a free Christmas gift for fans, but with an industry in transition and the band on the verge of break-up the cover was never properly released until now.

The song is available at this location.