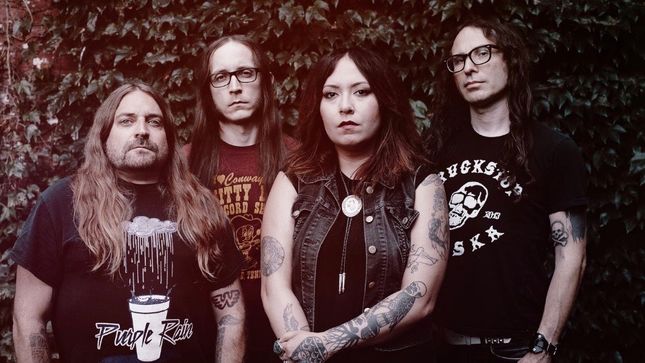 "The inspiration for the video started with the lyrics, First you die, to be born," Grenade explains. "I immediately saw the image of a woman suffocated by the crushing anxiety of a metropolis; drowning in the delirium and being forced through some sort of psychedelic death trip and coming out the other side with a new point of view. A psychic death and rebirth. The video expresses anxiety and transformation while honoring the beauty of Windhand's music."