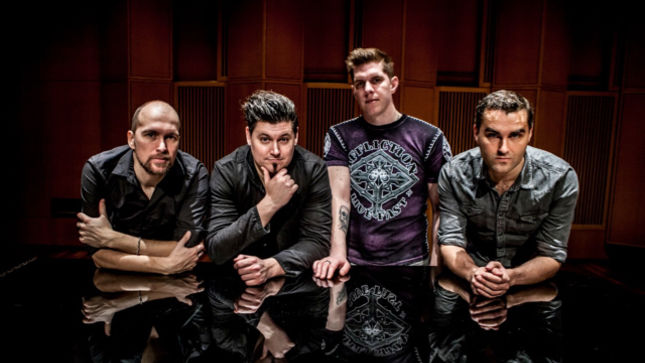 Withem are inspired by the likes of Symphony X, Pagan's Mind, Dream Theater and Circus Maximus, concentrating heavily on melodic, memorable hooks, but still with plenty of stunning and virtuoso instrumental sections. The band debuted with The Point Of You in 2013, gathering excellent reviews from several music websites, blogs and magazines from all over the world. The release was followed by European touring with Pagan’s Mind, Circus Maximus and Seventh Wonder, and performances at both ProgPower USA and ProgPower Oslo, always with an extremely positive reception.

The new album, The Unforgiving Road sees the band perfecting their style. Withem’s gripping, melody-driven songs avoid the clichés and pitfalls of overly dramatic instrumental sections and sheer senseless complexity and instead centre on creative interplay between the musicians, while the unique vocal range of Ole Aleksander Wagenius gives the band a distinctive touch. Just like the debut album, The Unforgiving Road was produced and mixed by guitarist Øyvind Voldmo Larsen at his own Lionheart Studio, boasting powerful and bombastic production values with plenty of moments for the listener to notice the most subtle intricate parts of the songs.

"The Unforgiving Road is a the culmination of almost a year worth of composing, recording and producing. We didn't want to rush things after the first album, to avoid the usual pitfalls of "sophomore albums," says Withem guitar player and producer Oyvind Larsen. "The challenges we encountered while writing and recording can only be matched with how rewarding it feels after everything is set and done!"

"Øyvind once again took the helm for most of the composition and the whole scope of recording, mixing and producing, and we can't wait to hear everyone's reactions after they listen to the end result," adds new bassist Miguel Pereira. "We are looking forward to start promoting The Unforgiving Road with live shows right after the album is out, and meet all our friends and fans throughout the world."