WITHERFALL Release NSFW Video “The Other Side Of Fear” 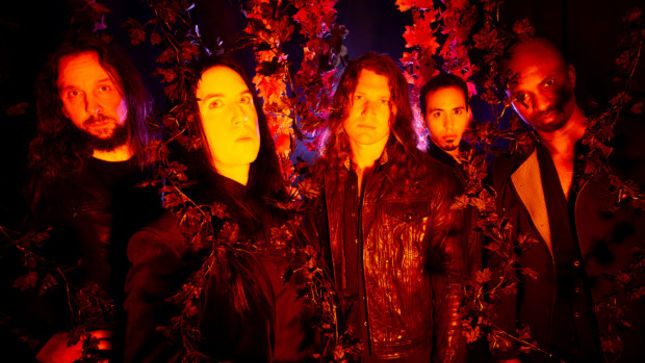 After a headlong dive into the aesthetics of classic '80s horror movies with the clip for "As I Lie Awake," Witherfall are further exploring their nightmarish journey with the NSFW video for "The Other Side Of Fear," which was directed by Cig Neutron and KasL.

"'The Other Side Of Fear' video is a nightmare-scape starring Cig Neutron, Rannie Rodil, and Sin Twisted," the band shares. "Cig Neuron and his team managed to capture the core themes of the song. The video highlights the lyrical panic and anxious, fear-driven delivery of the music. The video is unsettling, creative, and definitely NSFW."

As for the song, the band continues, "This song is the oldest track on this record. Joseph had the title and basic melody and theme. The music was written around it, usually at the end of each writing session. The piece was initially started during the 'A Prelude to Sorrow' sessions, where the verses and chorus were complete.  As we progressed with the writing of A Prelude To Sorrow, it became apparent we were writing a rock opera about Adam Sagan and 'The Other Side of Fear' did not really fit thematically. The song was finished in Las Vegas after a debaucherously ridiculous evening."

Witherfall's Curse Of Autumn is scheduled for a worldwide street date of March 5, 2021, with the U.S. vinyl available April 2.

Apart from the digital album, the following formats are available, please note that the luxurious Gatefold 2LP is coming with a poster and etching on Side D:

The US is carrying the following formats:

Via the band’s official store were you can secure:

What could possibly be a better time of the year to dive headfirst into dark melodic metal? While the shadows of winter are creeping up upon us and the nights get longer it is the perfect time for Curse Of Autumn to unfold.

The album art is once again another hand painted masterpiece by the legendary Kristian Wåhlin, the fourth painting in the Witherfall series.

Don’t miss the cinematic video for “As I Lie Awake”. The clip was directed by Zev Deans (Ghost, Behemoth, Chelsea Wolfe, St. Vincent).