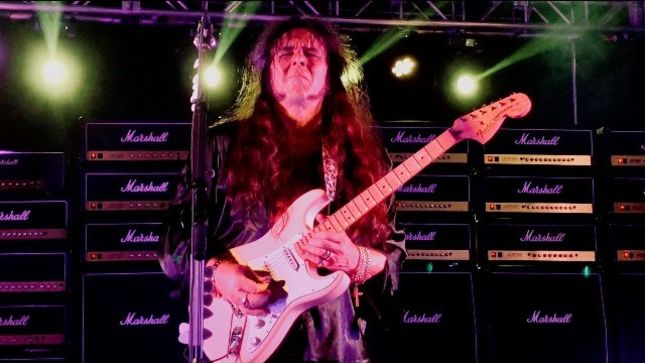 Guitar god Yngwie Malmsteen performed on August 2nd at the Proof Rooftop Lounge in Houston, TX. Fan-filmed video from the show can be seen below.

Sweetwater Sound hosted its 17th annual GearFest June 22nd - 23rd at its campus in Fort Wayne, Indiana. Among the performers were Yngwie Malmsteen and former Megadeth guitarist Chris Broderick. Video of their appearances can be seen below: