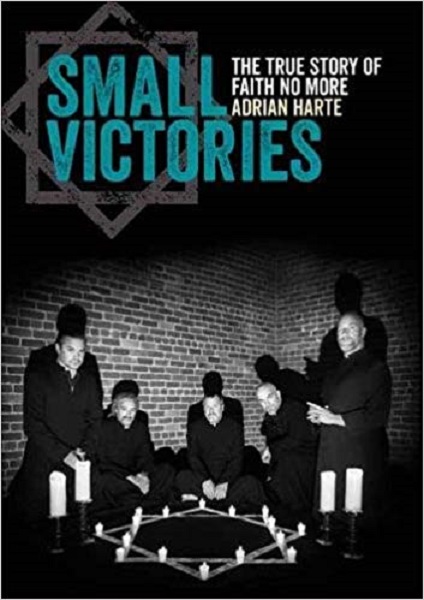 Told through new interviews with several key members, Adrian Harte’s new book, Small Victories: The True Story Of Faith No More, is an absolute joy to read for long-time fans of the band, like myself. It’s a joy because Faith No More are a bit of a band of mystery, so it’s incredible to be able to go through their history like this. I love the discussion of the early years, the band’s rising up through the experimental and post-punk scenes being a super interesting and not-often-discussed part of their story. Their reluctant ascendance as metal stars and then deliberate commercial suicide come Angel Dust is absolutely captivating.

I found the era around the band’s last pre-reunion album, Album Of The Year, and their breakup also totally fascinating. Some of the band members' musings on the challenges a group of five young men growing up in a successful rock band face were chilling, and the details of the group meeting where they decided to call it a day were incredible (have I given enough superlatives yet?). The saga of Faith No More, filled as it is with intense inter-band conflict, reactionary decisions brought on by a distaste of the music industry the band found themselves mired in, and a shit-ton of guitarist changes, lends itself very well to being a compelling and fascinating narrative. My only complaint of this great book was that some things felt too rushed; I wanted more at points where I just got teased. But then again, I’m a huge Faith No More fan and could read a series of books based around each album… you listening, Harte?