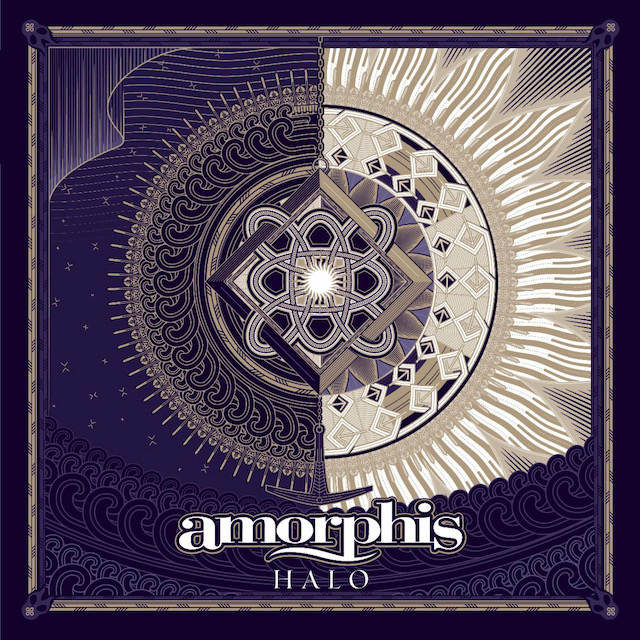 The ring that revolves around Amorphis’ new album is distinctly progressive as Halo hones in on a wintery, melancholic, earthy tale that’s less ambitious than its predecessor. Even with a myriad of instrumentation and accenting electronic keys, synths, and organ; Halo is prominently guitar driven which may be more appealing to some fans.

Really would have liked to hear more of the Hammond organ as it adds a fuller sound to the gliding guitars and rhythms from the bass and drums. Symphonic arrangements were conducted by Fleshgod Apocalypse’s Franceso Ferrini so the Finns are definitely going for it here; the title track featuring some catchier moments of the orchestration and is the most accessible song out of the bunch. Surprised it wasn’t released as a single.

Heading along the Halo’s journey; it’s easy to tell they sometimes want to jam it out in some instances, like in the drastic tempo and mood change in the fantastic “Windmane” which utilizes an organ based rocking section that holds a guitar and synth solo.

Amorphis crunches in the heavier moments on opener “Northwards”, the Middle-Eastern flavored “Seven Roads Come Together” and the attention-grabbing “The Wolf”. The harsh and clean vocals work so well off each other in the latter track with some a tonal shift in the middle section offering up acoustic guitar accenting the electric guitars and choral vocals.

The Finns usually do a commanding job of making their songs standout from each other, but Halo runs in the same textures that makes some of the compositions less distinctive and the highs of Halo don’t match their previous two records.

Diversion comes in the form of a beautiful, somber piano led vocal duet between Petronella Nettermalm and Tomi Joutsen in closer “My Name Is Night”. Amorphis continues to be on the most creative and engaging names in melodic metal and while Halo provides a pleasant listening experience; can’t help but feel it could have been much stronger.