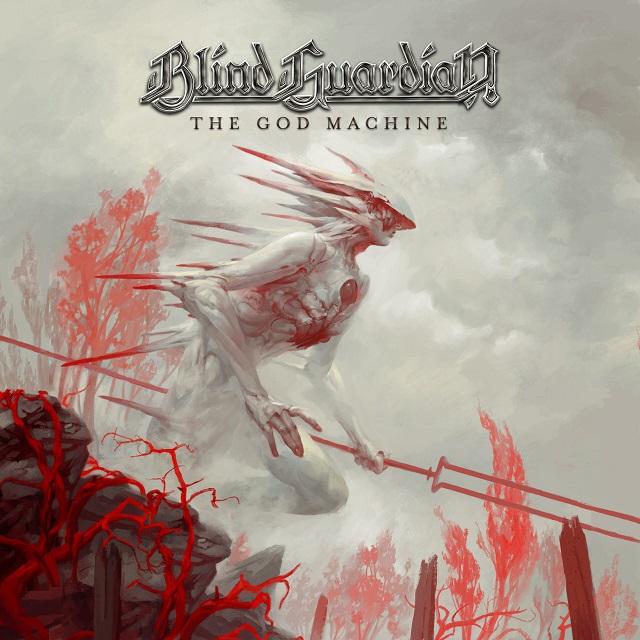 Over the course of pandemic live stream and pre-release singles, the vaunted Germans have left no doubt, there's still some high octane fuel in the tank, offering up more of the speedy/heavy material (at the expense of the middle-of-the-road/progressive leanings) that endeared them to us, in the first place.

"Deliver Us From Evil", one of the early teasers, leads off, recounting the events surrounding the infamous Salem Witch trials. While the initially (pleasant) shock (in intensity) has long since dissipated, it remains a rousing opener and announces "We're still capable of rocking out!" Thankfully, it is not a lone wolf. Witness, "Damnation" follow-up, another hammering number (apart from the melodic chorus): guitars chug like a runaway locomotive (individually, and in tandem), double bass drums are pummeled...what's not to like? Also available before street date, "Secrets Of The American Gods", with its synth undercurrent, was a bit of a head-scratcher (upon first hearing) not just stylistically, but also lyrically. Odd start and much more in the mid-tempo prog camp, why is the venerable Teutonic institution crowing about American politics? As with several others, there's religious imagery/presence within the words.

Back to the guitar dominance, on "Violent Shadows", albeit with yet more moral/religious imagery. Hansi Kursch briefly goes for a guttural, death growl, although most is delivered in his higher register. The shortest cut, at a mere 4:18. Ends with Kursch in full scream. A step into the ethereal, "Life Beyond The Spheres" is recognizable as Blind Guardian, but not the strong suit for which (older) fans clamor. Paradoxically, "Architects Of Doom" has a happy, power metal vein running throughout, but (apart from the chorus) is the most continuously speeding inclusion. Slower, ballad paced "Let It Be No More" sounds like it should appear at the end of the album. Almost a sing-along, swaying crowd in unison, mobile phones/lighters moment. Antithesis to the rest of the album: big orchestral/synthesizer crescendo builder that fails to deliver on its promise. "Blood Of The Elves" jumps right into rapid guitars/drums, another winner. The "Destiny" finale may lack the punch of the others, but is still a fist thrusting, moderate tempo head banger. Still would have flip-flopped, with "Let It be No More" in the running order, but I digress.