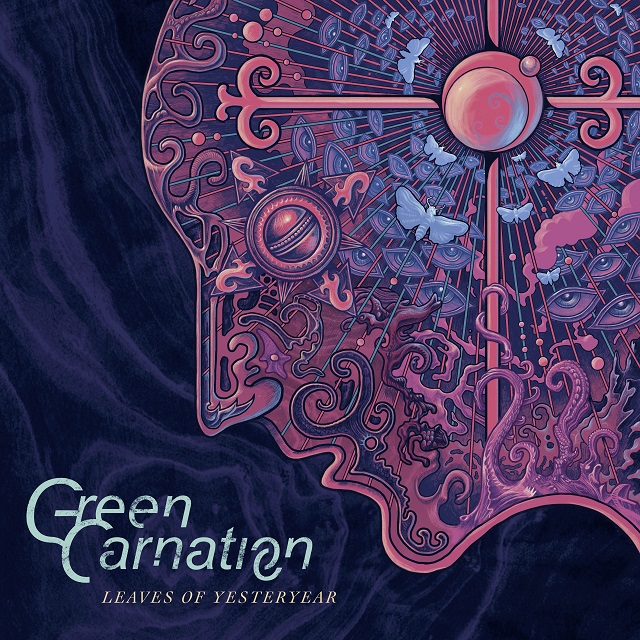 First full-length in 14 years, although individual band members have not been sitting idle. In fact, singer Kjetil Nordhus passed the years with stints in Trail Of Tears and the more prolific Tristania, while Tchort (guitar) opted for the radically different sound (compared to Green Carnation) of Blood Red Throne and a brief tenure running Sublife Productions label, with Nordhaus. Full disclosure, I wrote the band's bio, for the last full studio effort, 2005's The Quiet Offspring.

So after 1.5 decades, what do we get? Four originals (although one is a 20th anniversary re-recording of massive length "My Dark Reflections Of Life And Death", off the debut, which did NOT feature the current vocalist) and a closing cover of Black Sabbath's "Solitude". Might seem like Chinese Democracy territory, in terms of "the wait", but together, the trio of totally new Carnation compositions are nearly as long as Slayer's entire Reign In Blood. There's a grittiness to the opening title track, sort of a mash-up of classic, brooding Paradise Lost and jangly asymmetric progressive leaning rock elements, like Blue Oyster Cult. Rather than drone, these Norwegians somehow infuse the proceedings with an overriding sense of (upbeat) melody. "Sentinels", at 5:42 the shortest newbie, could almost be a pop hit, given the lyrics and feel. Never will happen though. Those seeking more introspective contemplation (aka expansive, moody prog) should check out the 15+ minute, re-worked number.

Slower, stomping "Hounds" allows the guitar to go off, just after the midway point, before venturing back to the airy, synth accompanied rhythms. Their take on Sabbath is similarly ethereal, albeit with occasional piano notes and acoustic guitar. Even less guitar (and no flute) than heard from the originators, it sounds closer to the early ‘70s American peace & love contingent that the Sabs were vehemently against. The finale provides a rather sedate close to a livelier endeavor.