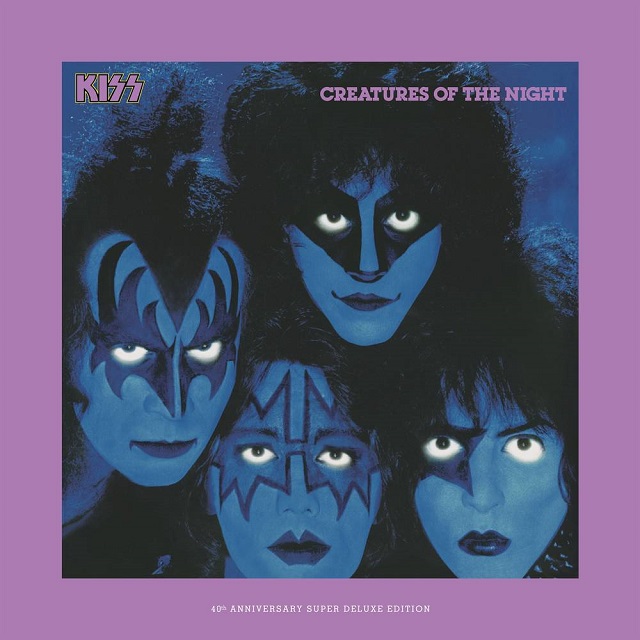 Over the years, KISS has drawn criticism from some about their overzealous merchandising practices (the ‘KISS coffin’ remains either a high point or low point…I still can’t decide which). And for a long-time KISS admirer as yours truly, the main complaint I have with all the tchotchkes flooding the marketplace is that as a result, the quality of KISS’ music – and in particular, their first-go-round in make-up era – gets lost in the shuffle. But let’s give credit where credit is due – they have begun to pick up the slack in recent times, by issuing enticing and thoroughly assembled box sets, which puts the focus back on the music – such as 2021’s Destroyer (45th Anniversary), and now, Creatures Of The Night (40th Anniversary). 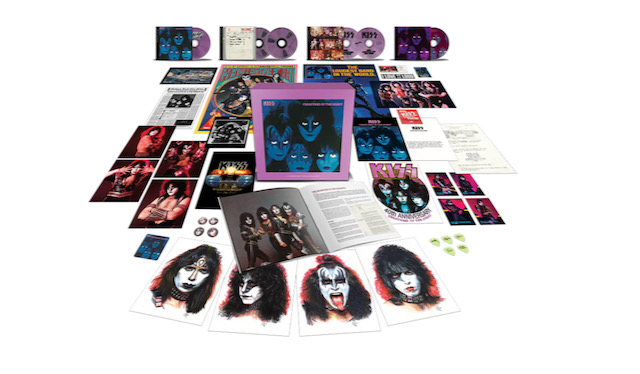 Although many a KISS consumer considers Creatures to be one of their best (and certainly heaviest) releases – and it signaled a return-to-form after such missteps as the disco hit ‘I Was Made for Lovin’ You,’ the overtly pop Unmasked, and the indulgent concept album (Music from) The Elder – it was a commercial flop upon its original arrival. But listening back today, it still stands as one of their most focused and inspired studio albums (as well as most consistent), as evidenced by such standouts as the title track, “Rock And Roll Hell,” “I Love It Loud,” “I Still Love You,” “War Machine,” etc.

And although KISS’ Alive! remains one of my (and I’m sure many other rock fans) favorite concert recordings, quite a bit of overdubbing was done to the original tapes – a sly practice that seemingly every bloody artist was guilty of back in the ‘70s. But what makes live recordings so special and unique is when you hear the true energy captured from the performance – warts and all. And that is certainly what makes discs 4 and 5 the main selling point of the set (which constructs a Creatures setlist from several different performances). Also, while several of the demos prove worthwhile (particularly “Deadly Weapons” and a pre-Lick It Up version of “Not For The Innocent”), by and large, there’s a reason why these ditties were left on the cutting room floor. But make no mistake about it…the good FAR outweighs the not-so-good on this 40th Anniversary Box Set.