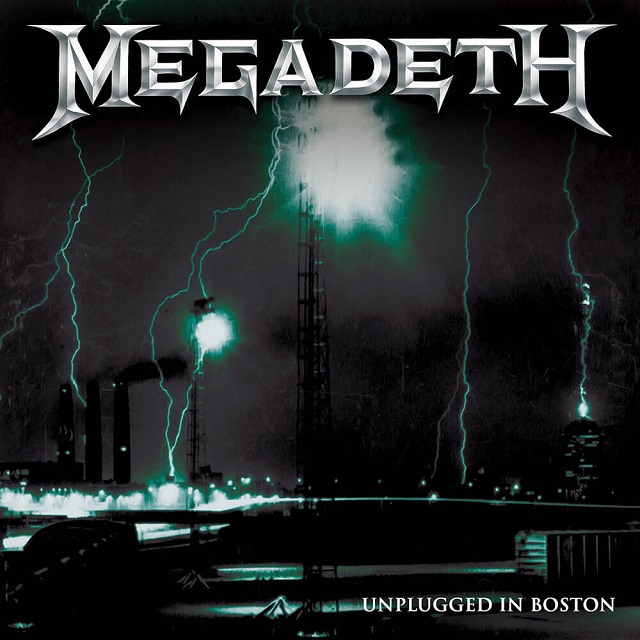 Hard to believe 2001 was 20 years ago and that’s where this interesting live release takes place. Promoting their then new album The World Needs A Hero, Megadeth played an acoustic set at Bill’s Bar in Boston with support from a local radio station. This was a weird time for the band as Dave Mustaine and friends were trying to repair their reputation as the strange album Risk failed miserably and also a new guitarist, Al Pitrelli, had replaced Marty Friedman.

This ten song set seems to be lifted straight from the soundboard and everything is kept intact, including Mustaine’s rant at an unfriendly fan. It’s amusing to hear, but that should have been cut out. The setlist also consists of tracks that are barely played today. Their most recent records receive the most attention – the before mentioned The World Needs A Hero, Risk, and Cryptic Writings. The two “classic” tracks are an abbreviated version of “Holy Wars” (a disappointment) and the finale “Symphony Of Destruction”.

The thrash legends pull the songs off well acoustically, especially the ones where Mustaine’s melodicism shines through like “Almost Honest” and “Trust”. The red-headed frontman has never had the best singing voice but the late-‘90s and early-‘00s is where he was at his best vocally and it’s no different when presented in a vulnerable state not backed by electric guitars. Mustaine is on point and is comfortable and confident behind the mic, especially on the brooding “Time: The Beginning”. The guitars take center stage as the stiff and thrashy “Dread And The Fugitive Mind” works remarkably well in an acoustic fashion. Same can be said for blistering, but vocally catchy “She-Wolf”. Drummer Jimmy DeGrasso and bassist David Ellefson mostly take a backseat as the guitars are in the forefront, although Ellefson is able to shine on the beginning of “Trust”.

Sitting at a sturdy 40 minutes, the pros are the unique setlist and performance, the guitar ability of Mustaine and Pitrelli, and it’s a fun glance at a band looking for a rebound. Diehard fans of the band would do well to pick this up, but at the end of the day the electric versions will always win out and some cleanup of the sound (if it was possible) would have been nice.