NACHTTERROR/ALTARS OF GRIEF - Of Ash And Dying Light 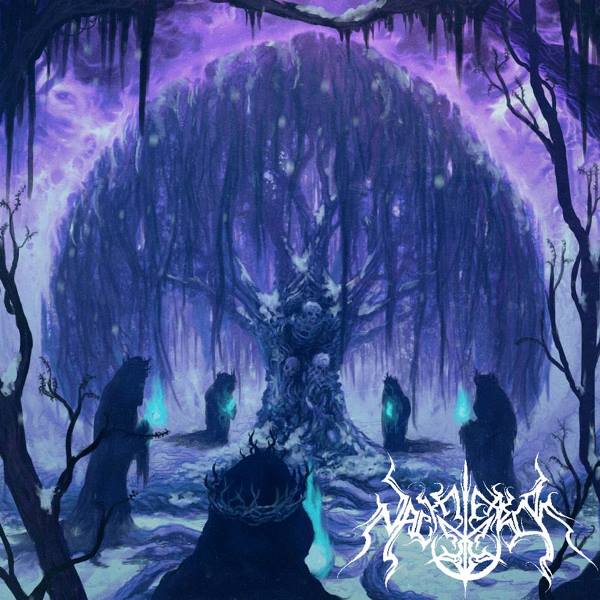 Amazing that there are two bands playing blackened doom from Saskatchewan, but here's some evidence, a spit 10" featuring both of 'em. Altars Of Grief prove to be adept at both sludgier doom sounds and more flamboyant black; me, I definitely prefer the former, and while I applaud their attempts at singing it comes off a bit flat and distracting. Generally, though, a good mix of sounds here, the doom accentuated with blasting black, and the blasting black never getting too repetitive before the doom comes crashing in.

Nachtterror at first seem to be more on the black spectrum, the band getting carnival-y with the keys during their first tune but then hitting a slower doom pace (to reiterate: two blackened doom bands from Saskatchewan!). Again, I'm not entirely sold on the clean singing, but I'd urge both bands to keep at it rather than drop it, as it can be effective. There's actually a decent amount of variety here between these two groups (smart money is on at least one being a solo project, of course), and while both have room to grow, this is a decent enough split.