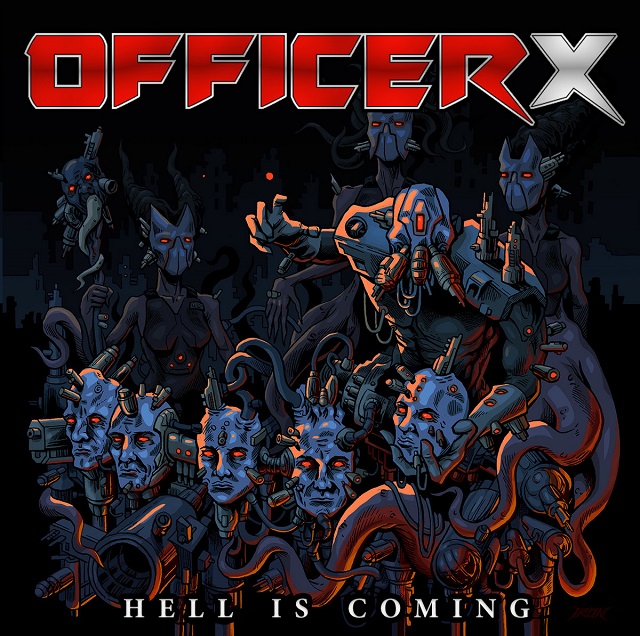 Debut from this American Boston-based band, Officer X check all the boxes for traditional heavy metal but from the new wave. Sci-fi fantasy artwork too, is that Ultron? First track "Moon Man" reminds me of the NWOBHM band Satan, and that's a good thing, in the music and vocal.

"The Red Prince" follows with more focus on the melodic vocal and guitar lines where I get Manilla Road vibes. "Incandescent" too more melodic and includes a few bass flurries in the verses. Acoustic "The City And The Stars (1,000 Million Years)" the singing has a bit of rasp in the lead, drum and orchestration is pleasing. Bells signal "Lady Soledad" and gets back rocking with the riffs. Can't put my finger on it who the voice reminds me of. I know, Ray Gillen (Badlands).

Attitude filled beat and mid pace tempo for "Hellfire" complete with backing vocals, balanced with a pulled back melodic chorus and feel in the solo. Ok, a brighter vocal delivery and harmonies like Motown in "Sam In Seven", plus an earthy energy with accenting strings. One of the strongest and different songs amongst rock and metal. Oh, and I heard some Dickinson (Iron Maiden) in moments too. An officer, the gritty rocker "Officer" ends the eight tracks.