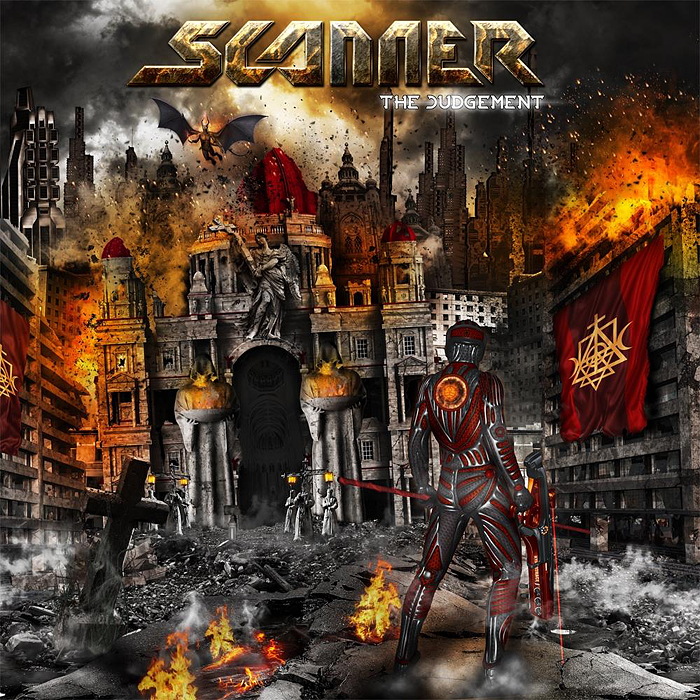 First album since 2002, a then ill-fated attempt at jumping on the female-fronted bandwagon, now Scanner have returned, with just their sixth album in a lineage dating back to their '88 Hypertrace sci-fi concept-album debut. Guitarist Axel A.J. Julius remains the lone constant. At a time without all the sub-genres that exist today, the music was somewhere between (what was then considered) power metal and speed/thrash. As such, their lateness to the game saw them lost in the shuffle, playing second fiddle to Noise labelmates/countrymen like Helloween, Kreator and Running Wild, who were already enjoying international success. “Warlord” infuses an infectious melody into the whammy bar/hammer on guitars, while “Nevermore” utilizes lines from Edgar Allan Poe's The Raven. The slower, chugging, staccato riffing “Eutopia” sees a brief smattering of high pitched wailing, not the usual Scanner fare, although a similar squeal can be heard in a thrashy, gang-vocal “The Race”. A galloping “Battle Of Poseidon” enlivens the pace, as “Known Better” adopts a progressive/jazz flow, the mess of guitars going in opposing, dissonant directions. Guess this will keep them viable for a few more festival appearances.