THE SHAPE - Masque Of The Red Death 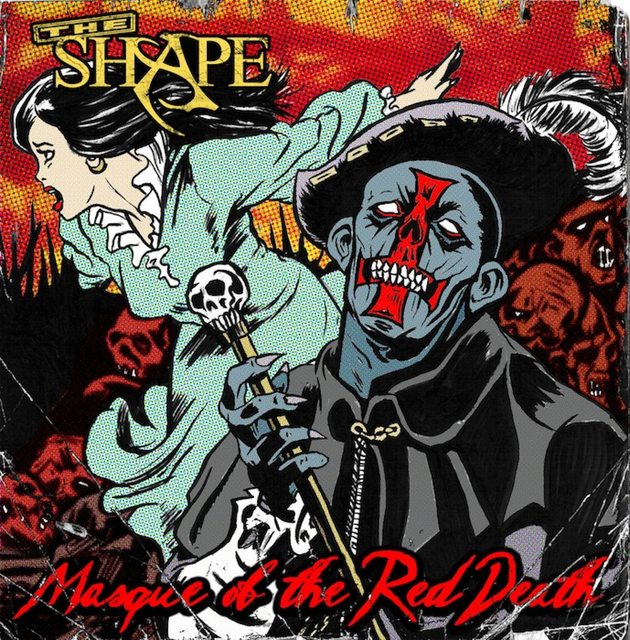 I was a little worried upon first hearing the muffled, metalcore-styled vocals of lead-off track “Cut Like The Knife” from The Shape’s sophomore album, The Masque Of The Red Death. I couldn’t help but assume the band were going to be just another Whitechapel clone or some other homogenized metalcore band. But thankfully, it took a turn for the better. On its 12 diverse tracks, the Connecticut-based progressive/melodic metal quintet dips and dives into many styles and genres that keeps things mighty interesting. The Shape boast a three guitar attack with three different vocalists taking a turn at various times, too. The band’s genre-smashing style and unique, fresh approach to metal sets The Shape apart from many other newer bands. Harsh, raspy barks are interwoven with melodic cleans, giving a cinematic flow to each track. Most of the tracks possess the crunch of Metallica and Machine Head mixed with modern metalcore elements of Shadows Fall with progressive metal moments  of bands such as Between The Buried And Me and Revocation.

“Feeding The Machine” combines Slayer-like riffs with progressive leads, while “Dead To Rites” possesses a modern metal vibe with razor-sharp riffing. At the mid-way point of the album, the band slots two back-to-back ballads in the track order with “Echo Eternity” and “Winter Burns.” They are both melodic, soulful and powerful tracks, and even having two melodic power ballads simultaneously isn’t a cause for concern because the band pulls them off with splendid results. On the spacey “Stargazer” and the epic, eight-plus minute CD-closer (aptly titled) “Closer,” The Shape wrap things up in a nice little metal package. This band is not afraid of diversity, while possessing great musicianship and songwriting skills. Masque Of The Red Death is a strong release and since there’s not a lot of press on this band, I hope this gets into the hands of people who appreciate the band’s dedication and passion.