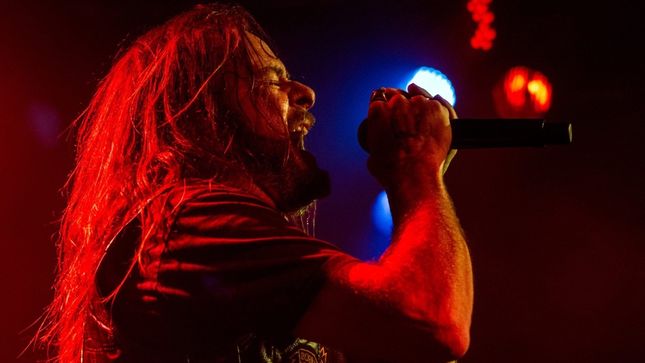 US thrash metal legends Flotsam And Jetsam stormed back in 2016 with a self-titled album of epic proportions! In his 9.5/10 review "Metal" Tim Henderson wrote:

During one of our BW&BK 6-Pack Weekends years back in Cleveland, Ohio, I had the honour of introducing these thrash legends onto the stage saying that they were the most under-rated metal band on the planet. And it still rings true today. And call me their ultimate groupie, following every step of their journey with curiosity and of course being fulfilled by their catalog of over-the-top, emotionally powered heavy metal. And there is much more depth and history than their first two albums, which most gravitate to. But this, their 12th opus, ranks easily as one of their finest, seeing mainstays Eric “AK” Knutson (vocals) and Michael Gilbert (guitars) joined by former Shadows Fall skinsman Jason Bittner, relative newcomer Steve Conley (guitars) and returning bassist Michael Spencer.

We all know the very short list of singers that wear a treasured crown and AK easily fits into this elite grouping, his voice full of boisterous energy and concise delivery, even 30 years since Doomsday For The Deceiver!

Every Flots song is a fist-fight in a dark alley. Not that the band are ugly pugilists, but the punchy vibe that’s created is akin to a Rocky film. Flotsam And Jetsam is full of piss and vinegar, vivacious highs, stirring lows, like a good metal record should be! And no matter what their age is, they can literally pound the shit out of any competition, cuz Flotsam And Jetsam (the album) is that exceptional!