The first four seconds into the new album, Headbanger's Symphony, are enough to slam dunk the 11-track opus into the Accept catalogue. Never mind that opening track "Scherzo" is an adaptation of Beethoven's "Symphony No. 9" featuring a tip of the hat to the band's "Teutonic Terror"; the record has guitarist Wolf Hoffmann written all over it, featuring popular classical music pieces adapted for the metal crowd. The results are quite often stunning if you're open to instrumental metal without loopy Steve Vai craziness. For those Accept and/or Hoffmann fans that think this is something new for the legendary axe-master, however, not so...

"I made a classical album 20 years ago (Classical) and I've always been the guy doing that sort of thing in Accept songs, so it wasn't totally unexpected," says Hoffmann. "At the same time, it took forever to get this album finished so I'm super excited that it's finally here."

The delay in getting Headbanger's Symphony was due to the fact Accept has always been Hoffmann's top priority, particularly since their 2010 comeback album, Blood Of The Nations, pretty much blew the roof off the metal scene for being one of the strongest records released that year.

"The majority of the album started before Accept got back together," Hoffmann reveals, "so it was at a stage where it was almost ready but the recordings weren't finalized. The tracks were written and the project was in my head, it was all demo-ed and good to go, and then Accept started back up. So whenever there was a couple weeks free, like over Christmas, or things slowed down I went at it again. And again and again (laughs)."

The pitfall of creating any form of art in fits and starts, as was the case with Headbanger's Symphony, is the potential of losing inspiration as time passes. Sometimes the flame dies out entirely and what could have been a brilliant project gets shelved indefinitely. Hoffmann can relate to the predicament.

"I'm the kind of guy that when I get into something I do it all out, and then I have to force myself to go back to it if I stop for a while. It's easy to get caught up in the excitement and be in it every day, but once you stop and move on to something else it's out of sight, out of mind. It's really not that easy to go back and say 'Oh yeah, there's this other thing I really need to do.' I wish it didn't need to be that way, I wish I could just keep going. If I ever do another album like this I'll certainly set a couple months aside and do things front to back and be done with it. It would be a lot more fun and certainly a lot more efficient. Those kinds of albums where things just drag on and on over years and years, those are the hardest things to keep focused on. I speak from experience. If something drags on it just gets harder and harder to get anything good out of it."

Asked if he ended up with the same album of material he'd planned on at the beginning, Hoffmann admits the material actually got better over time.

"It turned out better than I ever could have hoped for. It was a slow build. I started in my studio using a library of cheap string samples that sounded okay; it reminded me of an orchestra, but never in my wildest dreams did I think I'd have the material performed by a full blown orchestra. I was hoping it would sound awesome but I never imagined it would happen. We eventually replaced that first set of cheapo strings with better sounding samples (Vienna Symphonic Library), then recorded live drums for the album. After I heard that I went back and re-did most of my guitars. One of the last things we did was find an orchestra in the Czech Republic (Czech National Symphony Orchestra) that was semi-affordable and well trained in doing this kind of work, and we recorded 40 musicians playing the album front to back in a studio."

In the end Headbanger's Symphony is an organic album even though it started out as a digital production.

"It is indeed. It's actually real people making music (laughs), but we haven't played the music together... yet. The album was spread out over years and different continents but to me it sounds like we all played on it together. I wish I could have recorded everything together. If I ever do this again that's exactly what I will do; find the right players to record as much as possible together in a big studio. There's something to be said for the old way of doing things."

No question, the tracks on Headbanger's Symphony beat the snot out of a lot of the material offered up by the current glut of symphonic metal bands, many of whom dial in samples left, right and sideways to create something orchestral and bombastic.

"I've heard some terrible stuff where it really does sound like a fucking computer," agrees Hoffmann. "I've heard some incredible cheaply done records like that. I don't listen to a lot of that stuff mainly because I'm not interested in it and I don't want to be influenced too much, but occasionally you can't help but hear that stuff and I can really tell right away it was done in somebody's bedroom with a cheap string library."

It's amazing that some of said acts are signed to big record labels with big budget support that never quite makes it to the recording sessions.

"It's shocking. People use sampled stuff nowadays and it sounds okay until you hear the real thing in comparison. Then you hear there's a whole different level to the music." 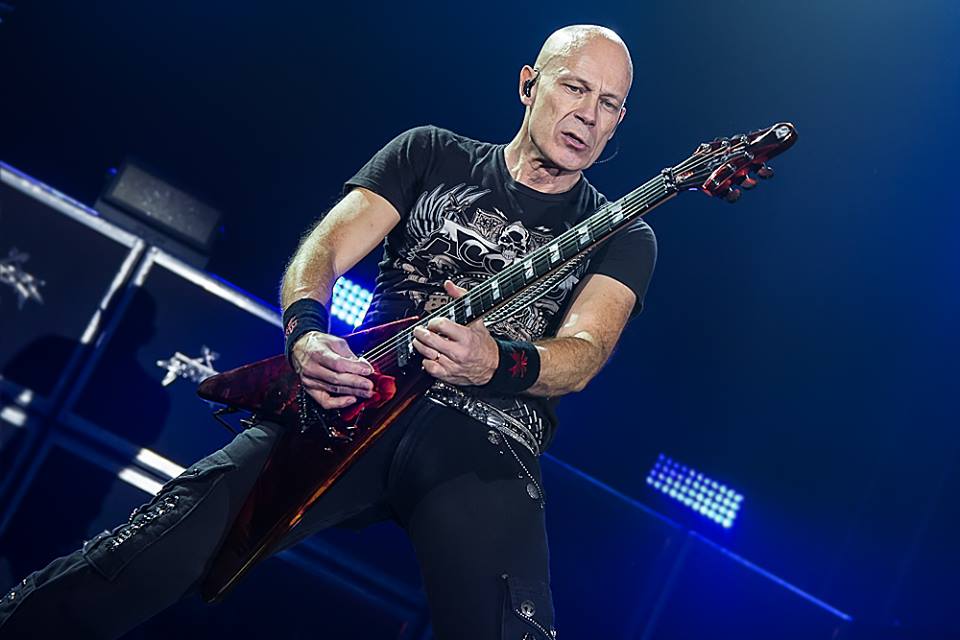 When it came to picking the classical pieces to be adapted for Headbanger's Symphony, Hoffmann had the smarts to choose many of the best known classical compositions popular with the masses. Pieces from composers including Beethoven, Tschaikovsky, Bizet, Mozart and Puccini made the final cut, and Hoffmann locked his trademark Accept attack into each one. It's easy to imagine the full band backed by an orchestra performing tracks like "Night On Bald Mountain", "Swan Lake", Mozart's "Symphony No. 40" and "Scherzo".

"I don't consider myself an elite classical snob," he says of the track selection. "I'm an average music listener who happens to like a lot of classical stuff. We all end up with the same piece a lot of the time because those are melodies that have survived centuries of critical listeners, so there must be something good about them (laughs). The album is a random selection of pieces that I like."

Interestingly, Hoffmann scoffs at the suggestion that metal musicians in general are open-minded to the idea of tackling or paying tribute to classical music.

"I always have the sort of suspicion that a lot of people use classical music to elevate themselves, that they have it in the back of their mind that they feel bad for only doing death metal or whatever. It's as if they want to add that classical element and say 'Look how musically educated I am, look how sophisticated we are playing with an orchestra...' Nothing could be further from my mind when I do this. I hate it when I see some bands doing that, going as far as wearing the fancy outfits on stage and trying to come across as serious musicians. I'm not like that; I'm a metal guitar player and I'll never go that route. This record is a tribute record to classical music. I wasn't trying to alter the original compositions or make them any better. I'm just stealing certain elements, putting my riffs to them and having a lot of fun with it."

The next step for Hoffmann is to bring Headbanger's Symphony to the stage. Considering the amount of time and effort that went into creating the record it's a matter of "should" rather than "if he should."

"That's exactly how I see it and that's what we're trying to do. As you can imagine, it's going to be a daunting task trying to get all these people on stage and get the financial aspect straightened out. It's going to be difficult but that's never going to stop me from trying to perform it somewhere live. All the arrangements are written, all the real work is done. It's just the logistics that keep us from doing it and it would be a shame if we can't overcome that somehow somewhere. I can totally see doing Wacken or something, but now that the album is done and I hear how heavy some of the stuff is, a lot of things are possible... like re-working some Accept tunes, maybe (laughs)."