Drum Legends CARMINE And VINNY Getting APPICE Of The Action

I can’t think of another example in music. Two siblings, 11 years apart in age that play the same instrument. And both are icons. Giants in the field. With vastly different, yet unmatched and extensive resumes. 75 year-old Carmine Appice and 65 year-old Vinny Appice (today actually; September 13th, 1957). Who spell their last name the same way, but pronounce them differently. And they continue to create a thunderous roar together on the road, blasting out highlights of their legendary repertoire.

“Drum Wars started as a drum clinic years ago, fifteen years ago,” Vinny begins. “We did a bunch of drum clinics which evolved into the Drum Wars name. And now we’re trying to focus on Appice or Appice, whoever can say it right and spell it right! (Laughs). Because Drum Wars sounds like a drum clinic and now the show is heard more towards music. I play the history of my music, he (Carmine) plays the history of his. We do a couple of things together. It’s more of a rock show. So we try to stay away from the Drum Wars now. Focus more on the Appice Brothers.”

Vinny: “Yeah, usually it would be two different instruments. He’s 11 years older than I am and when I was a kid, I would watch him and think that it was really cool.”

Carmine adds: “It used to be more of a drum show, now it’s more of a history of our career, playing a little bit of everybody’s songs. It’s very entertaining and really there is nothing else like it. I’m not aware of two other drummers that have had our success and have a lot of hits they can play.”

BraveWords: And the age difference adds to the appeal of the show, giving it a deeper history.

Carmine agrees: “It does. My career started earlier so I have songs that go way back. But people seem to enjoy the late ’70s to early ‘80s eras. It’s attracting an older audience. But it’s a lot of fun.”

Vinny jokes: “Every show is truly different. Anything can happen. We are going to attempt to throw the sticks at each other and catch them. But it’s probably not going to happen!”

BraveWords: What are you doing to keep the concept fresh?

Vinny: “There are things that are fixed, but anything can happen. There’s a lot of ad-lib stuff. It’s a very live show.” 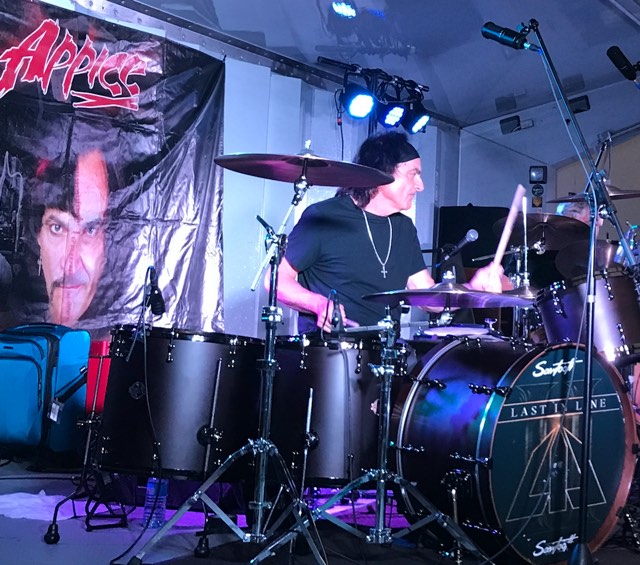 BraveWords: Is there anything that you are in awe of with each other.

Vinny: “I never do that. I know everything he does! I taught him all that stuff”

Carmine: “All kidding aside, Vinny has some great fills. He watches what I do, I watch what he does.”

Vinny: “It’s like a Gene Krupa or Buddy Rich. He would be Gene Krupa, more use of the toms and the feel and showmanship. I play more of the straight-on, fast and loud. It’s a different style. And when we play together it sounds like one drummer.”

BraveWords: What were the first songs you each heard from each other professionally?

Carmine: “I heard him with Rick Derringer (on 1976’s Derringer album).”

Vinny: “He played a killer ‘May Had A Little Lamb’. No, of course it was Vanilla Fudge’s ‘You Keep Me Hangin’ On’. That was amazing when they did the Ed Sullivan Show, when I was a little kid. ‘That’s my brother on TV!’ I went back to school the next day and sold pictures of him. ‘My brother was on Ed Sullivan… ten cents!’ Then I went on to selling pot.”

Jokes aside, how would you describe your relationship?

Vinny: “It’s great. We always got along good. Now he lives in Florida so I don’t see him that much. We knock on wood that we are healthy and we can keep playing.” 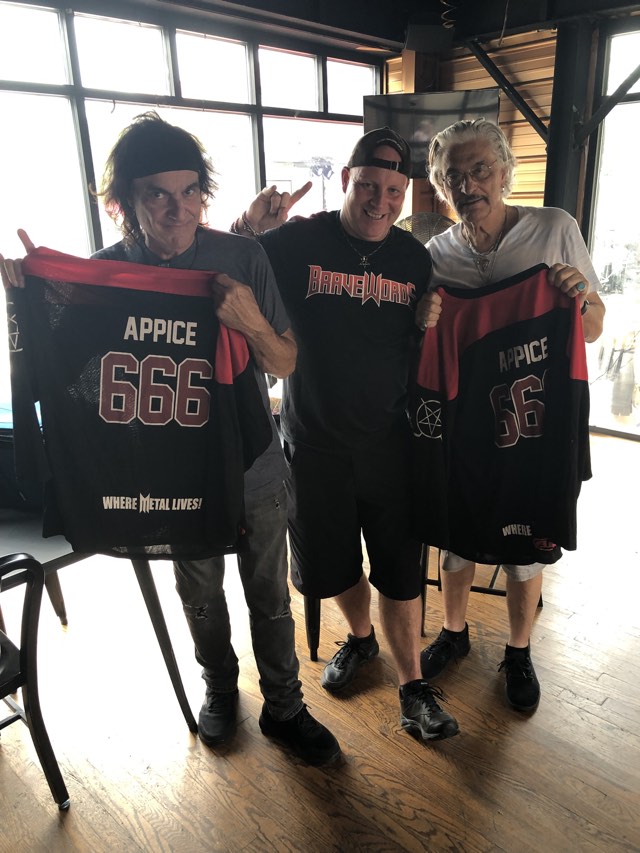