LEE AARON - Turn Up The Radio 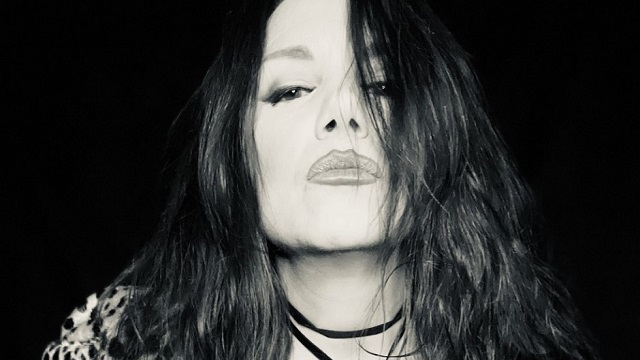 The terms above are often used to describe Lee Aaron; the first two are based on the fans' personal preferences in her extensive catalogue of music, the third is her own and something she is fiercely proud of. Having launched her career in 1982, it was her second album and its title track, “Metal Queen” that put Lee Aaron on the world stage in 1984. Almost forty years on - which included a 10 year break to raise a family - she is still making music, continuing and refining the artistic evolution that saw her move from metal to rock through the late '80s and into the '90s. Lee's new album, Radio On!, is her third official studio record in five years, boasting a rock sensibility only hinted at on Fire And Gasoline (2016) - her first album in 12 years - and its 2018 follow-up, Diamond Baby Blues. It is arguably one of the strongest album's of Lee Aaron's career. BraveWords spoke with Lee and longtime guitarist Sean Kelly about the making of the record, the band's chemistry and creativity, spontaneity and inspiration, and in Sean's case working with a Canadian rock icon.

BraveWords: You've released three studio albums, a Christmas album and a live record since 2016. As far as comebacks go, it's definitely the way to make a statement.

Lee Aaron: "I've always had the energy of a hummingbird, if that makes any sense (laughs). I've been that way my whole life. I was diagnosed as hyperactive when I was little, and I'm writing a book right now where I talk about that because I was medicated back in the late '60s when no kids were on medication. It was weird. I've always had a lot of energy, and obviously in the early part of my career I was very industrious and made a lot of records as well. I always knew that I would come back and make more music. My husband (John Cody / drums) and I, we had our daughter in 2004 and at that time I had this crazy plan that I was just going to put her in a car seat and take her on the road, and she would just neatly fit into my rock n' roll life (laughs). Then we had a baby that colic and screamed from about 9:00pm to 4:00am, and four months into that I was a complete train wreck. So, having children changed my life. We decided we were going to have a second one right away, so for about a decade all my creative energy went into the role of Mom. When they were finally old enough to and I was able to focus some energy elsewhere, this is what happened (laughs)."

Sean Kelly: "Lee is in this creative sweet spot, channeling all this creative energy and we're feeding off that. I write every day, I'm always generating ideas, and everyone in the band is in a place where we're feeling open to contributing. She has really fostered of openness where we all feel comfortable to pitch an idea and comment on ideas. She's earned the right to captain her own ship, so the fact that she lets us be a part of that is very special and something I really appreciate." 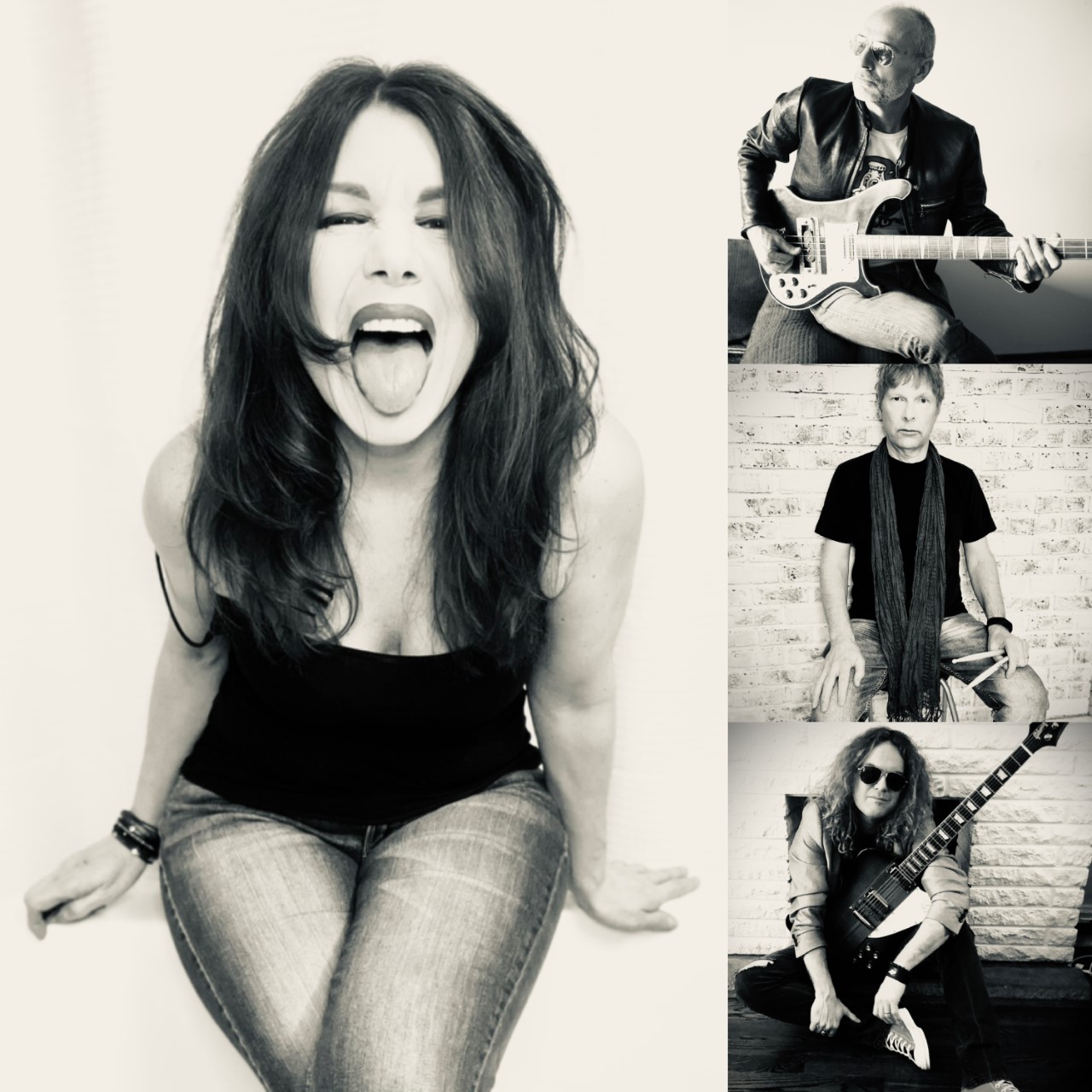 BraveWords: To these ears Radio On! has moments that recall your Bodyrock record (from 1989). Not through the whole thing, but they share a vibe. There's definitely more grit than polish on Radio On!

Lee Aaron: "It harkens back a little bit to that album. I think what Radio On! does, and I think it's a reflection of how we've hit a groove as a band. Sean has been in the band for almost eight years now, Dave Reimer (bass) has been with me for 17 years, and my husband has been playing in my band for 20 years. We were always looking for that replacement for John Albani (guitars) because he was the man, so we stumbled through a few guitar players and when Sean and I connected through his Metal On Ice book in 2014, he ended up subbing for my guitar player at a show and within the first song it was apparent to everybody.... 'Dude, you need to join the band. You're the guy...' I think we've hit a real groove as a unit."

Sean Kelly: "I think you hit the nail on the head. Lee has an incredible pop sensibility in her melody writing, and we heard that on Bodyrock mixed with the contemporary hard rock sound of the time in 1989. She has very generously invited us to write with her. Dave comes from this power pop writing sensibility as well, and we share this love for '70s riff rock. I'm 10 years younger than these guys and I'm a big fan of the '80s sound, I love the Bodyrock record and John Albani's playing, so I bring that to the table. So you get this mix and it's all filtered through Lee's vision of how she wants these songs to be."

BraveWords: Radio On! is widely regarded as the best of the three albums you've released since 2016, which is understandable because the songs are superior and there is an uninterrupted flow to the record. What did you do differently this time out to bring it to this level?

Sean Kelly: "I doff my cap to Lee's idea to get us all together as opposed to sending files back and forth. We all had ideas but they were formulated together; there was no 'my ideas' or 'your idea' in the songwriting. Somebody would bring something in and it became the intellectual property of the band and we all felt free to add to it. It was an old school collective thinking. I think that's what you're probably hearing and feeling. The song 'Wasted', for example, was two separate ideas that were tied together through a vocal line. And 'Russian Doll'.... I was trying to do Eddie Van Halen meets Brian Setzer (laughs). I had this concept and then John played that opening drum lick, and then Dave came in with this walking bass line like something from The Pretenders, and finally Lee had the vocal ideas. So through all of us working together a single concept became much richer. Getting together to do the bed tracks, that was crucial to how the new album sounds."

Lee Aaron: "Sean, Dave and myself are all experienced songwriters, and what John brings to the table is not so much songwriting, but he's arrangement savvy and a musicologist and music historian. We'll be playing something and he'll go 'That reminds me of this, we should do something like...' and he'll pull out a Cream record and play a section of a song that none of us have ever heard of (laughs). And it's amazing. We'll be saying 'Yeah, we should do something like that.' There's so much special energy when we get into a room together, so when I was looking at writing another album I wanted us to be in a room together. We flew Sean out (from Toronto to Vancouver) and we locked ourselves away like teenagers in a garage for a weekend. So we had this sort lost weekend of songwriting, and I'm not kidding you, Radio On! is the result. Every lyric idea I had matched a riff idea from Sean, so I was able to pretty much step up to the mic and sing my ideas. That happened with 'Russian Doll', for example. The album came together in a fun, spontaneous fashion. I think you're hearing that energy on the album."

"We didn't do any pre-production, we didn't go into a rehearsal space and beat it to death. We wrote the songs, went over our parts, and met in the studio to do the bed tracks. The riff for 'Radio On!' was kicking around, Sean and Dave were sharing it back and forth, and we started playing it in the studio and decided to cut it. I took it home that night, finished the lyrics, and we recorded it the next day. I think this idea of not making too many advance plans worked well for us." 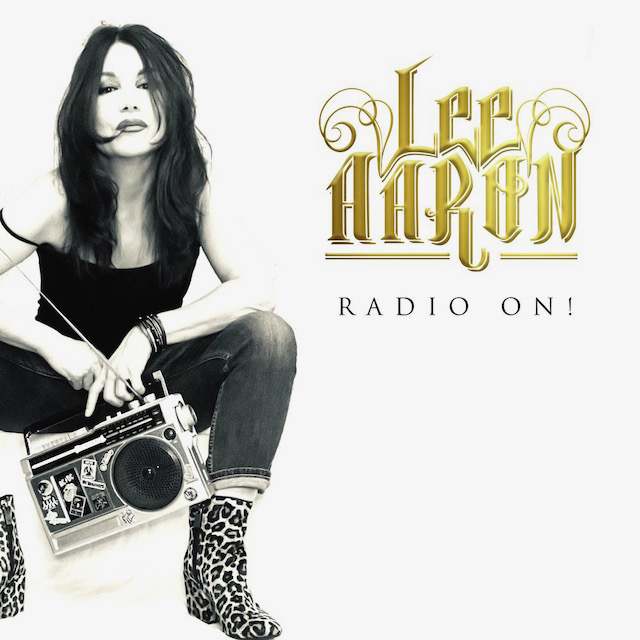 BraveWords: Sean, you're playing in a band with a music icon and following in the footsteps of John Albani, the man who co-wrote some of Lee's biggest hits. It's old hat for you at this point, but does it ever hit you that you're in a coveted and amazing position?

Sean Kelly: "I'd say she and I have a big sister / little brother relationship in a lot of ways, but it's not lost on me that I'm working with Lee Aaron. There's usually point during every show, especially if we're playing 'Metal Queen' or 'Watcha Do To My Body', and soak up the moment because I'm playing with somebody that I listened to and derived so much enjoyment from growing up. I'm grateful because this is really special."

"John is an influence on me, absolutely, just by the virtue of listening to those records so much. I had the opportunity to connect with him and we've become friends. It's a big deal for me and the best way I can honour John Albani is to play the compositions to the best of my ability but not ape him, because I still have to be me. I'm trying to find a balance between respecting what he's done and injecting a little bit of my personality in to those songs. I'm grateful for the tunes John and Lee wrote together."

BraveWords: Lee, would you agree at this point that metal fans who followed you in the '80s have finally made their peace with your rock sound? It certainly seems they have judging by the all the positive feedback you've received since Fire And Gasoline's release in 2016, and that is especially true judging by the reactions to Radio On!

Lee Aaron: "What is metal for one person is not metal for another. Some people feel you need to be in Annihilator territory for something to be metal, and there's nothing wrong with that at all. But I'm not 22 so I don't have the attitude of 'I'm in the metal box and I'm not allowed to venture out and do anything more musically adventurous...' The only band that, for me, has been successful for their entire career making the same record over and over again is AC/DC; they're fabulous at it and I love them. I chose their mixing engineer (Mike Fraser) for my record (laughs). Bodyrock was my most successful record in Canada; it's got huge guitars but there's a lot of pop sensibility on it, and I don't mean that in a copping-out way or trading away my credibility. There's an art to writing a catchy song, and there's nothing wrong with people singing along to the chorus of your song. That's the sign of great songwriting."

"Not to criticize anyone in particular, but if you're past 45 or 50 and you're still writing about dungeons and dragons, on conversely about partying and picking up women, I'm not buying it. My world view has shifted significantly over the last 20 years, and I care about the world that my children are coming into. Somebody asked me recently if motherhood has tempered my ability to make rock ‘n' roll, and no, motherhood has made me angrier about the world. I was angry when I wrote 'Metal Queen' (in 1984), for example. That song was supposed to be a pushback against the rampant sexism in hard rock in the '80s. I was an angry young girl taking back my power and it resonated with people. The state of the world now has likewise given me a lot of stuff to write about."