Houston, Texas hi-energy outfit Love And War may be the city’s best kept open secret. Playing ‘70s and ’80’s dual lead guitar driven rock / metal music in the musical vein of UFO, Michael Schenker Group, Scorpions and Y&T has gained the band an ever-increasing loyal local Texas fan base. Recently, the band rereleased their remastered out of print (2012) debut album Up The Annie and their (2020) second album Edge of the World via Animated Insanity Records in North America and No Dust Records in Europe.

BraveWords spoke with Love And War co-founding guitarist John Adams who brings up to speed on the band’s past history, present activities and future musical output. 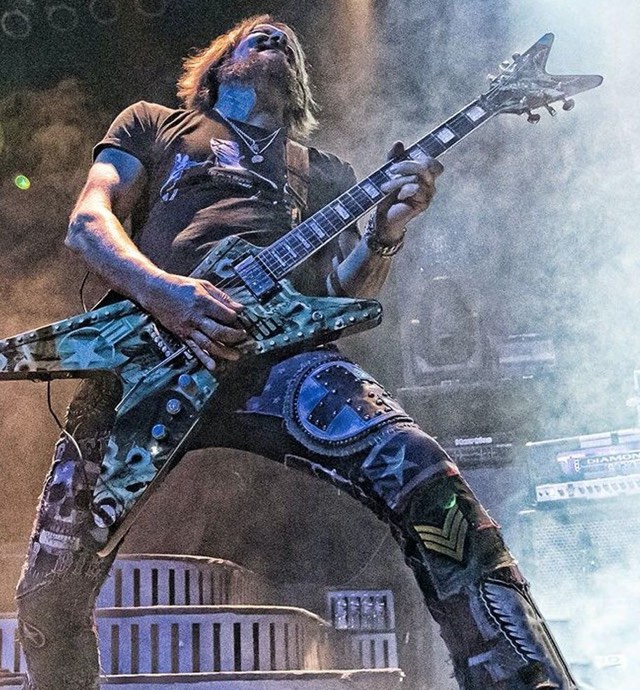 BraveWords: How did Love And War get its musical start?

Adams: “In 2000 we had a reunion with band members of our previous band Lestat based on that foundation we decided to call ourselves Love And War and continue forward. Drummer Donny Bragg joined us in 2004 and bassist Ray Soliz in 2010."

BraveWords: What was the original goal and aspiration of the band at its inception?

Adams: “To carry the torch of the bands we grew up with and inspired us. I have always been a songwriter, so the focus was to write hard driven melodic rock music. We knew we had the right direction and getting out to play live and get the interest in what we were doing was a priority. Write songs, perform them live, gain a fan base then go in the recording studio."

BraveWords: Tell us about the creation behind the 2012 debut album Up The Annie?

Adams: “We had compiled a large category of original songs that we wanted to record a few years prior, with Ray joining us in 2010 it helped inspire more songs, most of which ended up on Up the Annie. After we were comfortable with our selection we entered Diamond Recording Studios in Houston, co-owned by Bobby Blotzer of Ratt and Greg Gill, currently our second guitar player, who was the house engineer at Diamond. We had a great time recording Up The Annie and our friendship with Greg blossomed and we have worked with him since, recording our most recent record Edge of the Word at his place Endeavor Studios in Missouri."

BraveWords: It is a known fact that Love and War is the go-to opening band for many national and international touring bands playing in Houston. What bands has Love and War opened for?

Adams: “Its a who's who of ’80's rock bands. A few older ones as well, bands like UFO, Krokus, Night Ranger, Queensryche, Winger, Y&T, Loudness, Sebastian Bach, Michael Schenker Group, Uli Jon Roth, Ratt, Tesla, Ace Frehley, Joe Lynn Turner, Dangerous Toys. I need to make a list so I can remember them all. LOL."

BraveWords: Love and War’s second CD Edge Of The World was released in 2020, a full eight years since the release of the debut CD. Why did it take so long?

Adams: “We almost went in a few times, money was tight and we had no financial backing, we wanted to make a great record, not rushed like Up The Annie was. I ended up financing Edge Of The World on my own, we took our time recording it too. It took over two years, mainly because of the distance between Houston and St. Louis (Arcadia Valley, just south) Missouri. Greg Gill was a school teacher at the time, and between his schedule and ours it became difficult at times to travel." 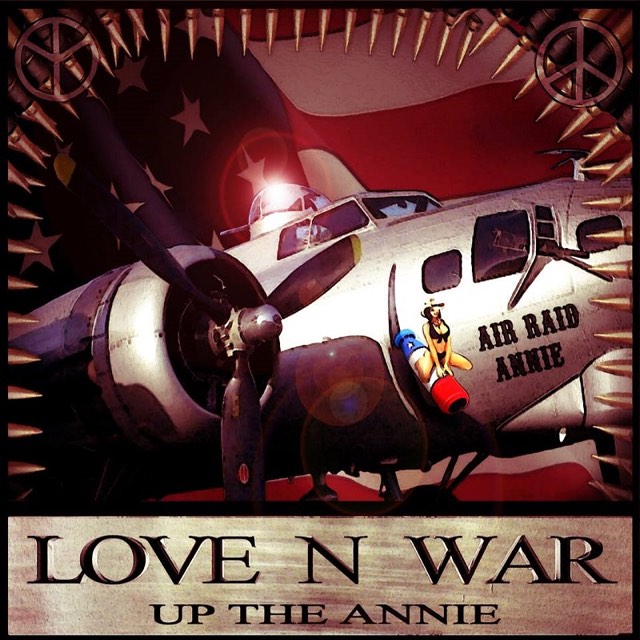 Adams: “I think a lot of that comes from the bands that inspired me growing up. Bands like UFO, Scorpions, Thin Lizzy, Led Zeppelin to name a few. I was inspired after hearing Michael Schenker play guitar at age 13 to play one myself. I think my guitar sound was inspired by him, Randy Rhoads and a few other ’70’s-’80's guitar gods. All of that guided me in the musical direction I have followed ever since."

BraveWords: Love and War rereleased both CDs in late 2022 via Animated Insanity Records in North America and No Dust Records in Europe. How has that worked out for the band?

Adams: “It has worked out great. It has given us an opportunity to have our music released in Europe and to a whole new fan base. We thank them for believing in our music and giving us the chance to get our music in the hands of people who love our style of melodic hard rock. Joe and Henk are amazing and we are forever grateful."

BraveWords: Former Z-LOT-Z guitarist / producer Gregg Gill joined the band in 2020 as the second guitarist. What does he bring to the band as your twin terror axe partner?

Adams: “Working with Greg has been amazing, not only does it broaden our sound, but gives us the chance to do harmony solos and I can chill a little more often knowing he's there. He is also a great songwriter and we are looking forward to going back into his studio and write and record."

BraveWords: What are Love and War future touring plans?

Adams: “No plans at this time for touring, as we are writing new music for our next record which is the priority."

BraveWords: What is on the horizon for the band in 2023 and beyond.

Adams: “To focus on writing our next record and getting back into the studio with Greg. Some of it is already written, hopefully we should be in the studio by spring/summer of 2023. We are also keeping our options open on some festivals in Europe, we will keep you Posted. Stay safe and all of us in Love And War thank you."