MICHAEL SCHENKER Talks About New Live DVD, His SCORPIONS Days – “I Opened The Door Of America For Them” 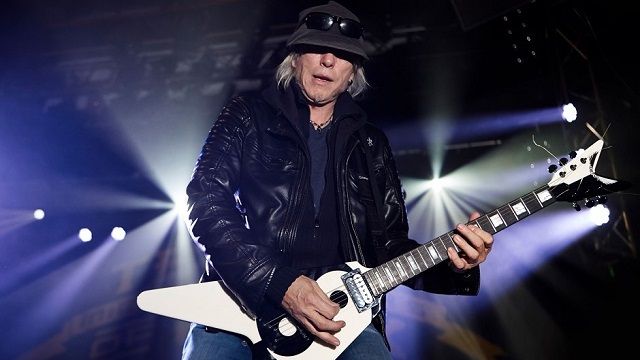 Michael Schenker has been the subject of quite a few live home videos over the years, but his best seems to have just been released. On A Mission: Live In Madrid captures Schenker's Temple Of Rock (which also includes the former Scorpions' rhythm section of bassist Francis Buchholz and drummer Herman Rarebell, as well as singer Doogie White and guitarist/keyboardist Wayne Findlay) filmed at the Joy Eslava in Madrid on November 19th, 2015.

"It was great - we played well, the audience was amazing," Schenker tells BraveWords. "Considering that it was filmed and puts you on the spot and only having one shot. It was definitely a success. But we have been on stage and playing and recording for four years solid, now. So we are well-played. We have melded into a very solid unit. Even a gig that is not so good is going to be a good gig."

And what makes On A Mission (which is released in several different configurations via Inakustik) such a treat for longtime fans of the German guitarist is the all-encompassing tracklisting, as it features classics from all eras of Schenker's career - UFO ("Rock Bottom," "Lights Out"), the Michael Schenker Group ("Victim Of Illusion," "Attack Of The Mad Axeman"), the Scorpions ("Lovedrive," "Coast To Coast"), and Temple Of Rock ("Vigilante Man," "Communion"). But perhaps the biggest surprise/treat is the inclusion of a pair of Scorpions classics that Schenker did not originally play on (but his aforementioned rhythm section did) - "Rock You Like a Hurricane" and "Blackout."

"We started putting together the routing for the European tour, and it came out of the blue that the record company wanted a DVD," Schenker recalls. "So we looked at what would be the most suitable place to do that. I always wanted to make a DVD in Spain. I never have done that. Spain is always very enthusiastic and really a lot of fun to play - they're always in 'party mode.' They are very excited people when they love something, and they really show it. So we had the choice between Paris and Spain. Paris would have been a good choice, too, but like I said, I always wanted to do Spain, so for the film crew and the crew in general, the record company, and the routing, it was the most suitable. And then we found that great theater in Madrid, so that's when we decided we would do it there."

In the past decade or so, it has come to light that many classic live concert recordings from yesteryear were in fact heavily doctored in the studio afterwards (heck, some say a few were even entire studio creations). But Schenker is quick to point out that this is not the case with On A Mission. In fact, it's completely the opposite. "We decided that even if we wanted to fix something, we couldn't even do that, because there were so many microphones all over the place in the venue, that if you fix a note, you still hear the old one. You can't get rid of it. So it was a good thing that everything worked out well."

And what exactly does Schenker look for in musicians to play with? "For me, when I was nine years old, I could discover what I could do with one string - put two notes together. And I never stopped being fascinated by it. I call it 'play and discover.' It's like treasure hunting - you have fun looking for something, with the hopes that you find something maybe. But you have fun enjoying the way to finding something. So you're in the moment and fascinated. And that's basically what it comes down to, for me. I'm not putting myself together with musicians who are not doing what I need them to do. And it comes in all sizes. I've played with the best drummers in the world - Simon Phillips, Carmine Appice. And then I've played with more solid drummers - like Herman Rarebell. Herman plays very solid - you know you can rely on him, together with Francis. They have built a long-experienced rhythm section, and they were the rhythm section with the Scorpions in their heyday - 'Rock You Like A Hurricane' and so on." 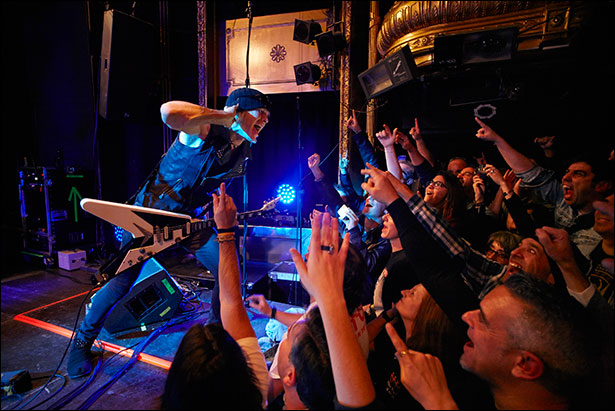 Schenker also was willing to discuss an interesting way he categorizes his career and life. "I must say, my life comes in three sections - so that will make it how I relate to the current people I play with. There are three chapters, and they all have purpose. In my first chapter, I did my musical contribution - it was created to the world and was created in the '70s. I did it unconsciously - I had no idea what I created then. Rudolf, my brother, called me up from America in the '80s, and said, 'Michael, they're all playing your style here!' I said, 'No way!' I was not aware of that."

Lastly, what about a favorite song or solo from On A Mission? "It's very hard for me to tell what's the best song I've ever written or what's the best solo. It's always related to where I was at that particular time. For me, it's just a very constant journey of development and checking areas where I haven't, and the main thing is play and discover - new treasures. The things I find when I play and discover, I sprinkle them over the next record, or play it at live performances. So it's a consistent development, and I love doing them."