PAIN - Designed To Piss You Off

Amongst metal's heaviest, darkest and meanest diehards Peter Tägtgren is known first and foremost as the frontman and founder of Hypocrisy, then as a producer who has racked up time in his Abyss Studio since 1995 with seemingly every metal band under the sun. There's no getting past the fact, however, that his greatest success to date is his mainstream-ish electro-industrial outfit Pain. Originally launched as a one-man pet project in 1997, Pain now boasts a real band line-up and eight albums in their catalogue with no brick walls to slow them down in sight. The newest outing, Coming Home, is distinctly Swede-powered Pain boasting its fair share of surprises, from releasing its sick-riff heaviest track ("Call Me") as the lead single, to an unexpected guest vocalist, to some serious balladeering on the title track. And clean singing. Lots of it.

During the five year gap between You Only Live Twice (2011) and Coming Home, Pain did a decent amount of touring and Peter succeeded in blindsiding the metal community by teaming up with seemingly reclusive Rammstein frontman Till Lindemann. The duo released the Lindemann debut, Skills And Pills, backed by some huge label confidence and promotional firepower, guaranteeing that everyone heard about Lindemann whether they liked the Pain-Stein sound of the project or not.

"It was great, we had the time of our lives," Peter laughs. "Just two idiots out in the world doing promotion and it was great. We had such a blast. It's a memory for life. We started with one song and we all know how it ended. It was amazing. Till is fucked up which is why we fit together (laughs). There were no rules for anything when we made the album. It was all 'follow your heart.'"


"I love working with other people," he adds, "especially when I've been working with myself for so long. I need to blame other people (laughs). That's why I brought in Joakim (Brodén) from Sabaton on 'Call Me' for the new Pain album; I was tired of hearing him singing about wars and battles so I got him to sing about being a gigolo (laughs). So I actually did have someone to yell at in the studio, but that took him 10 minutes. Going from working with Till to being by myself doing the new Pain album was empty as fuck. I was sitting there a lot of times saying 'Where do I go from here?' Lindemann was one of the biggest side-project collaborations in metal history because nobody saw it coming, and when it did the name was on everybody's lips. So, working on the new Pain album I was like 'How am I going to top that shit?'"

But there will be another Lindemann album at some point...

"Yeah, that's the plan. We have some stuff we worked on before we went out on the promo tour so there is some stuff sitting around. One way or another Lindemann is going to come back."

Although Pain evolved to become an actual band Peter is still the lone wolf songwriter, bringing in outside creative forces only as he needs them.

"That's usually how it works. I sit with my guitar and my computer and demo shit out, but this time I brought my kid in to play drums. He's really good and he's one hell of a fucking hitter. The only guy I've recorded that hits harder than my son is Mikkey Dee (Motörhead). I don't think he considers me his dad; we're more like partners. I've seen how he's developed as a drummer over the last three years and he's super talented. He lives under the same roof as me and we just have to walk 70 yards to the studio, so if I'm demoing stuff and I'm not getting the right feeling with the drum machine I can ask him to go in and record for me." 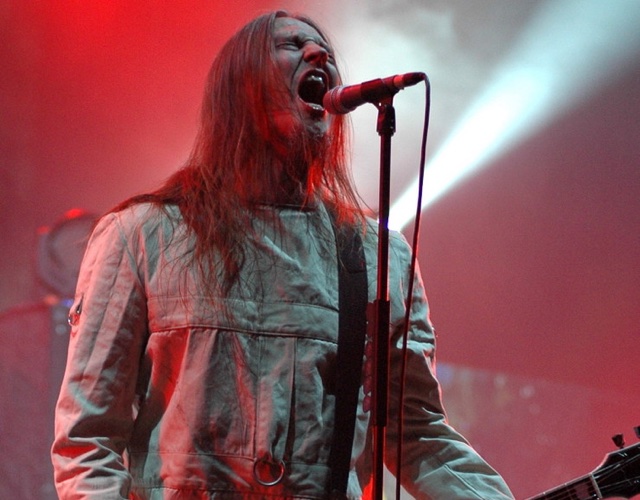 Although Peter has decades of experience as a songwriter and producer, he admits that being a one man show in the studio doesn't necessarily make things easy.

"It's always hard to make a Pain album, so it's impossible to say if making one album was easier than another," he says. "I remember how I struggled with all the songs, trying to do unique things with each one and make sure it doesn't come out sounding like a prog album. Somehow the songs all fit together. I start with one song and I finish it off before I start the next one because I don't want to write the previous song again. I tried to go in a totally different direction with each one on Coming Home, and I went back and forth like that for a year until I had the 10 songs."

The biggest surprise on Coming Home - and ultimately the one element that will polarize Pain's existing fanbase - is Peter's decision to sing everything clean rather than yelling his guts out as on previous albums. He does an effective job even though it's not at all what anyone expected.

"I try to do unexpected things. It's always good to shock people, but in a good way. It's not easy. My new manager kicked my ass and convinced me that I have a lovely voice (laughs) and that I should really sing so people can hear what I'm saying. That was a shot to the nuts but I took it with me and really tried to the best I can with what I have. It took a lot of time and it was a bitch, but I learned a lot from the experience."

It's a move that threatened to suck the heavy out of Pain's sound if Peter got it wrong.

"Yeah, so that's why I added one more string to the guitar (laughs). To be honest I had no fucking clue. I was determined to do it until it worked, so it was learning by doing all the time."

Having done a full album of clean vocals, is he comfortable with his "real" singing voice now?

No Pain interview is complete without pestering Peter about when the next Hypocrisy album is going to surface. Given the success of Lindemann, it's turned into an "if" question.

"I need my death metal as well," Peter says, making it clear there will indeed be another Hypocrisy record. "That's part of my brain and I can't shut it out, so there will definitely be some brutal shit coming at some point no matter what. It's just a matter of timing. And it's always the same; when I do a Hypocrisy album all the Pain fans start bitching because it takes two years to make the album and then work it on the road." 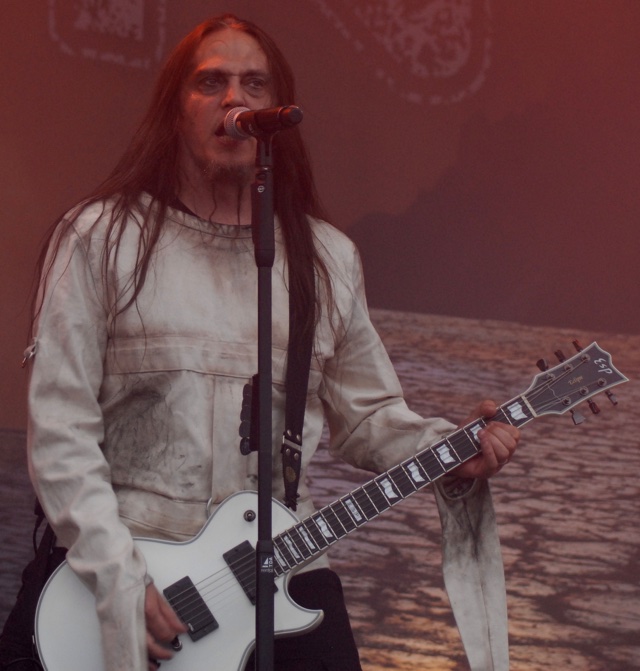 As we wind things down, Peter notes that Pain has been around almost as long as BraveWords, which is no small feat given the music biz is one of the most savage industries on the planet. That, and Pain was an off-the-cuff experiment.

"I thought Pain was a one-time thing because I needed to get shit out that didn't fit to Hypocrisy, and that was almost 20 years ago. I tasted blood after that and I started getting better making this kind of music. That motivated me to keep on going because I was thinking that it could turn out to be something better than I originally thought. It's cool to bring in all colours in a song without, as I said, making it sound like prog music. Popularity-wise, Pain is doing great, but the most important thing is for me is to see that I develop as a songwriter and a producer, that I come in with something new each time. Otherwise things would get really boring."